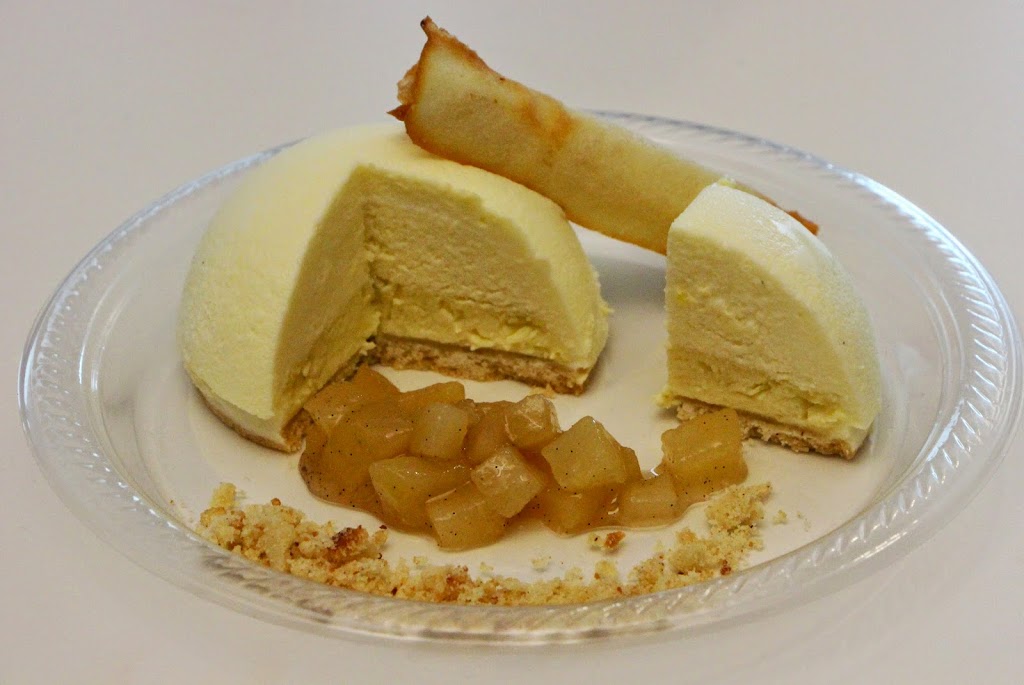 Happy holidays! My 2015 new year’s resolution is to establish a new Milo’s Bonbons website/storefront (with a blog section to keep providing updates of course). But before we bid farewell to 2014, here is one more post from the holiday season — my plated dessert version of the classic eggnog. 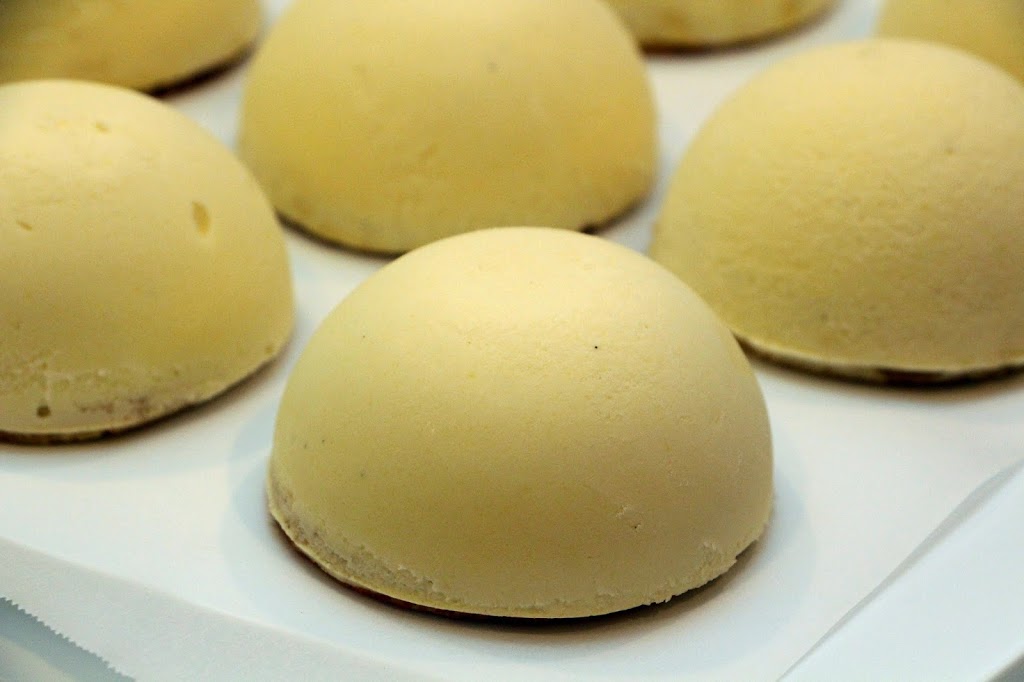 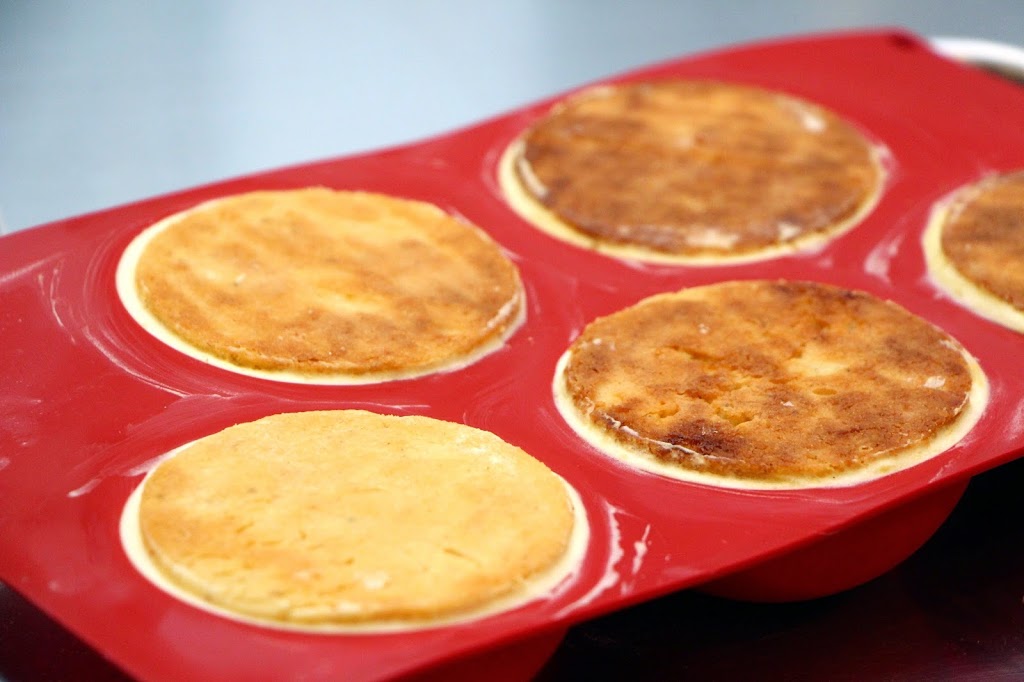 This bombe is made with a rum crème brûlée tucked inside a crème anglaise Bavarian cream dome, on top of a cinnamon nutmeg shortbread. I plated this with a pear compote, shortbread crumbs and a curled wafer for my office holiday party potluck. This dessert was great while it was still cold and semi-frozen. Admittedly once it hit room temperature, I thought the flavors and textures were a little flat. (Certainly not as interesting as my original incarnation of this dessert as a citrus margarita bombe, which I created for my pastry school plated dessert project. I’ll recap that project shortly!) Then again, I don’t actually consume eggnog so I’m probably not the best judge for what eggnog should taste like . . . 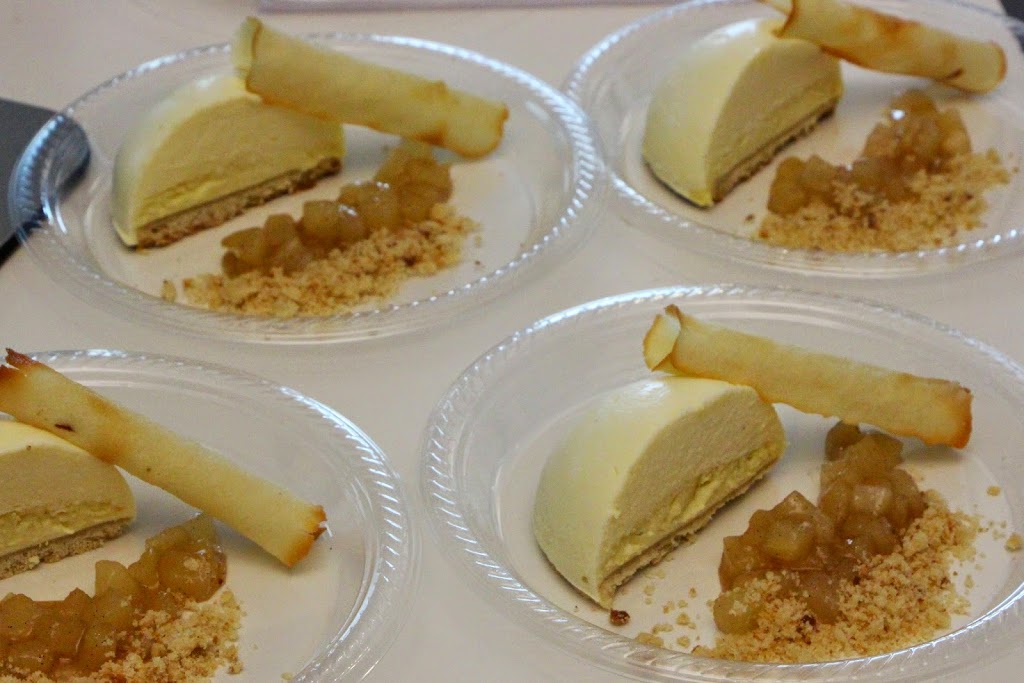 But, this was a good opportunity to practice the preparation and service of a plated dessert. Main takeaway: stick with simple baked goods for an office potluck to avoid sleep deprivation.

I’ve had the pleasure of knowing Amy since elementary school, and her husband Tim since they began dating in college. I think I speak for all of their friends when I say, I can’t wait for mini-Amy to arrive in November!!

To celebrate their upcoming baby girl, I made cake pops (a first for me) and cupcakes as party favors for guests to take home. 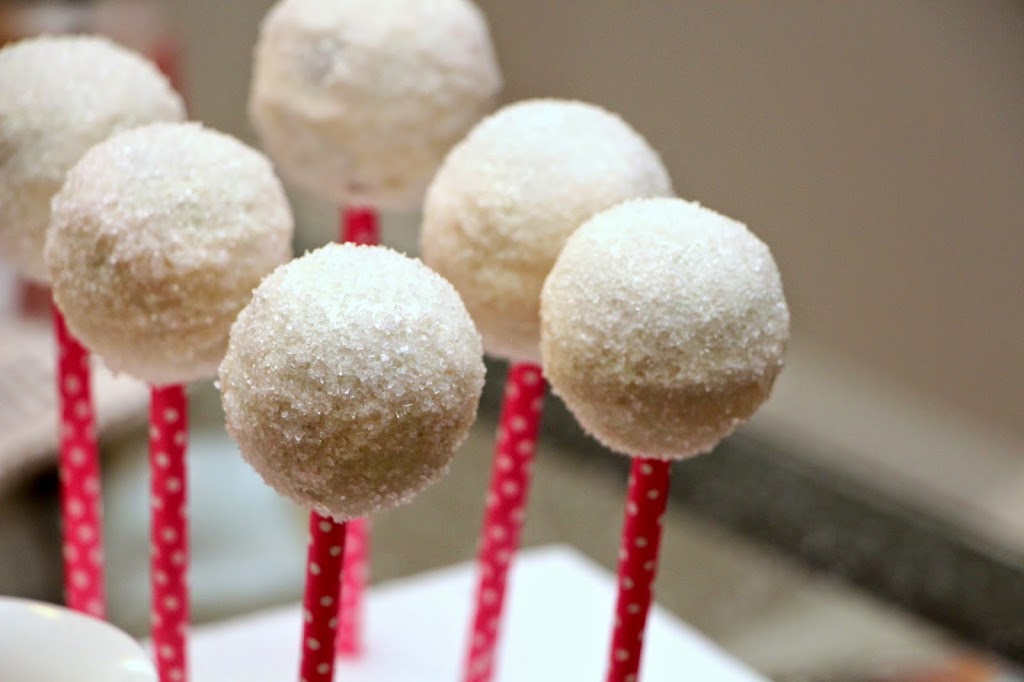 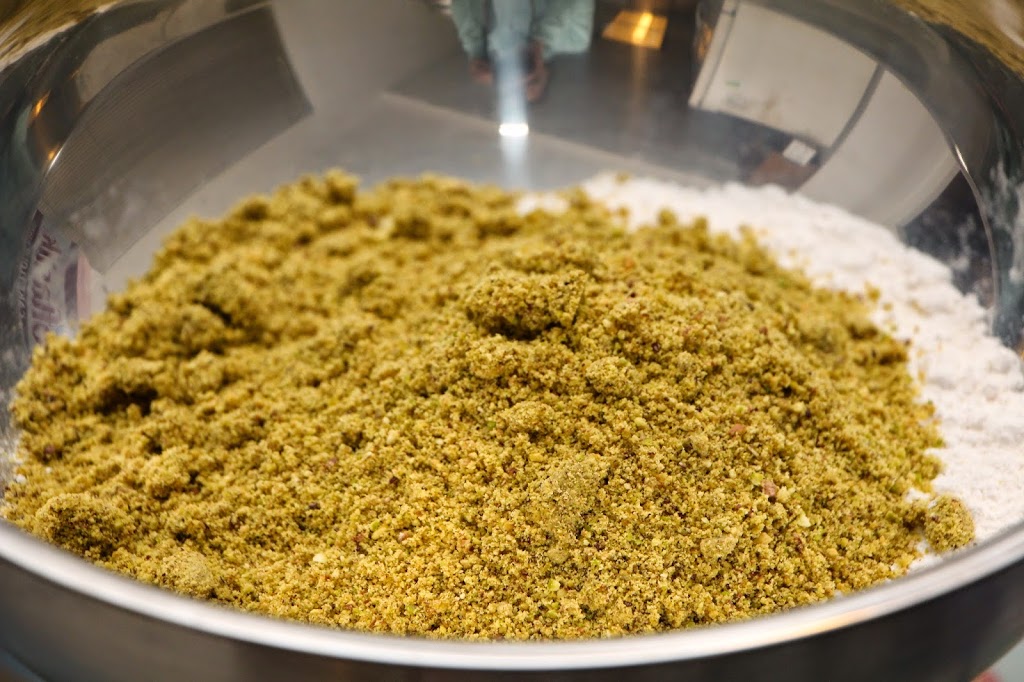 I brushed the cake with raspberry simple syrup and coated with white chocolate coating chocolate. It turns out you can make the spherical shapes of cake pops either by baking in a spherical mode, or pressing cake pieces into that shape. The latter results in a fudgier texture, and I might have gone that route if I had such a pressing mold. For these, I figured the financier would have sufficient density and texture. 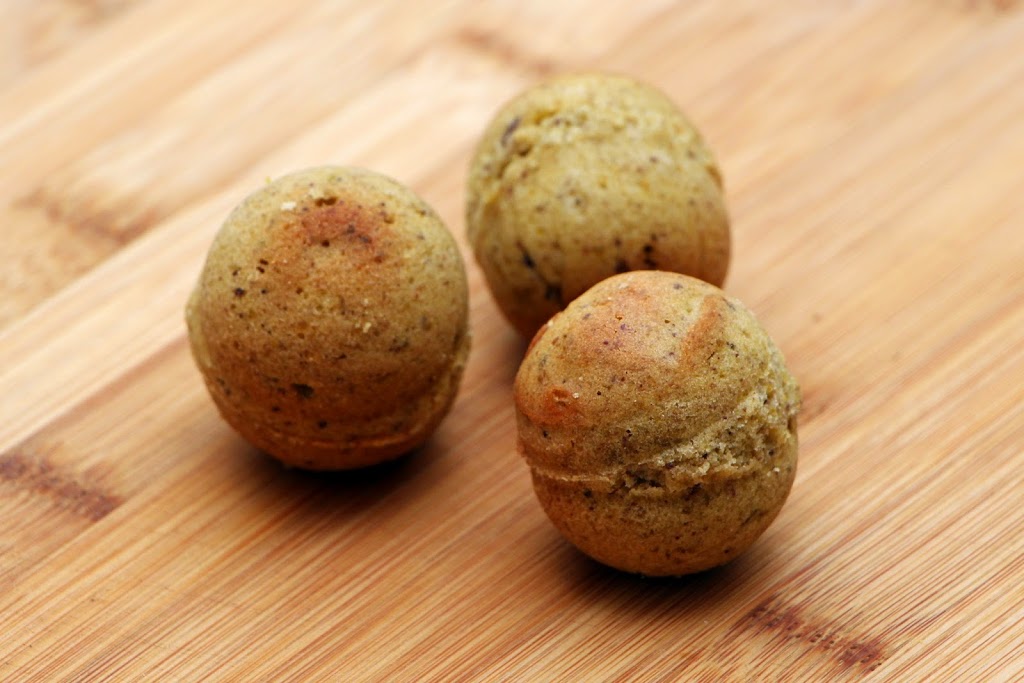 It’s a bit tricky to put the right amount of batter in the mold to make sure it fills the full sphere when baking but not push the molds apart. Fortunately I had enough successful pieces to meet the guest count 🙂

The cupcakes are a play off of the Beau Soleil cake I made recently. 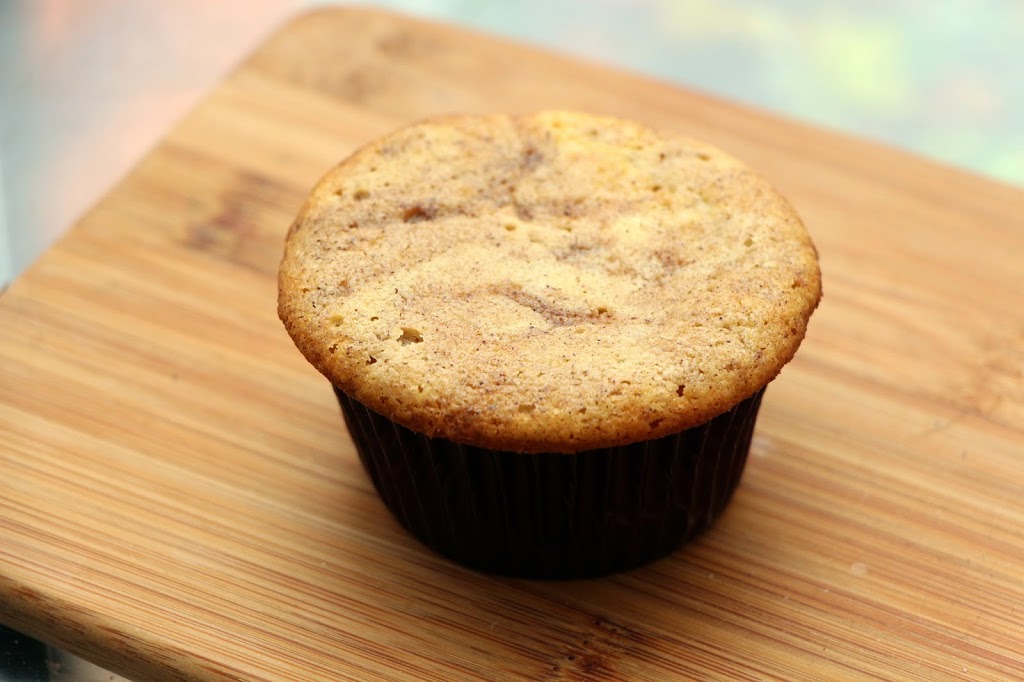 For the cake, I made a cinnamon swirl sour cream cake, brushed with orange simple syrup, filled with peach curd, and topped with mascarpone mousse. 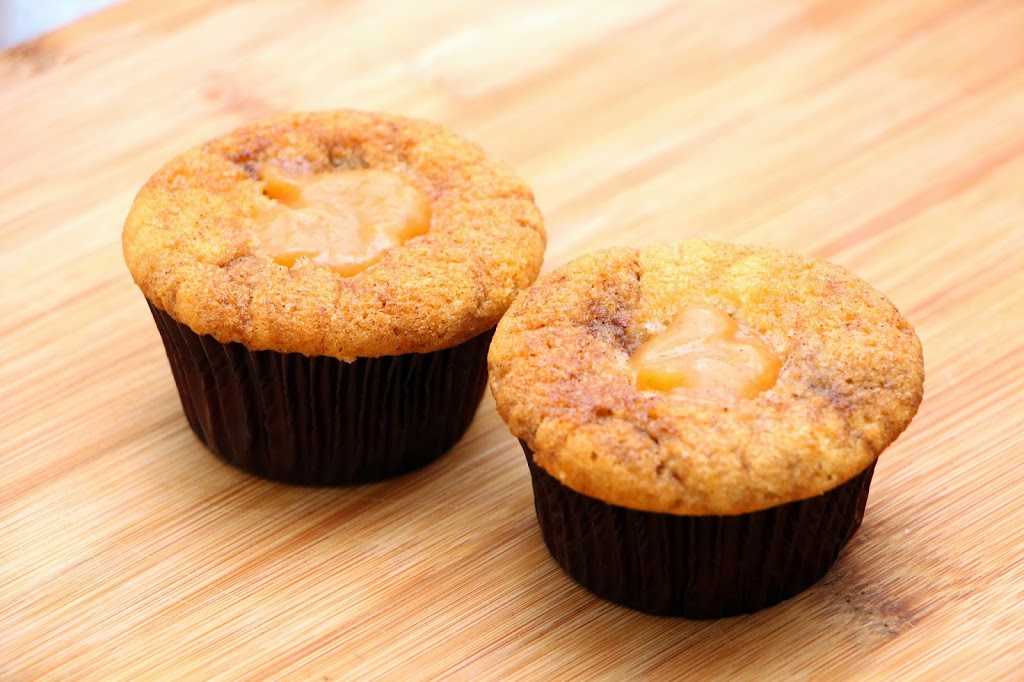 Then I drizzled with honey and sprinkled with some praline. Although it used many of the same ingredients as the cake, it was delicious in its own way. 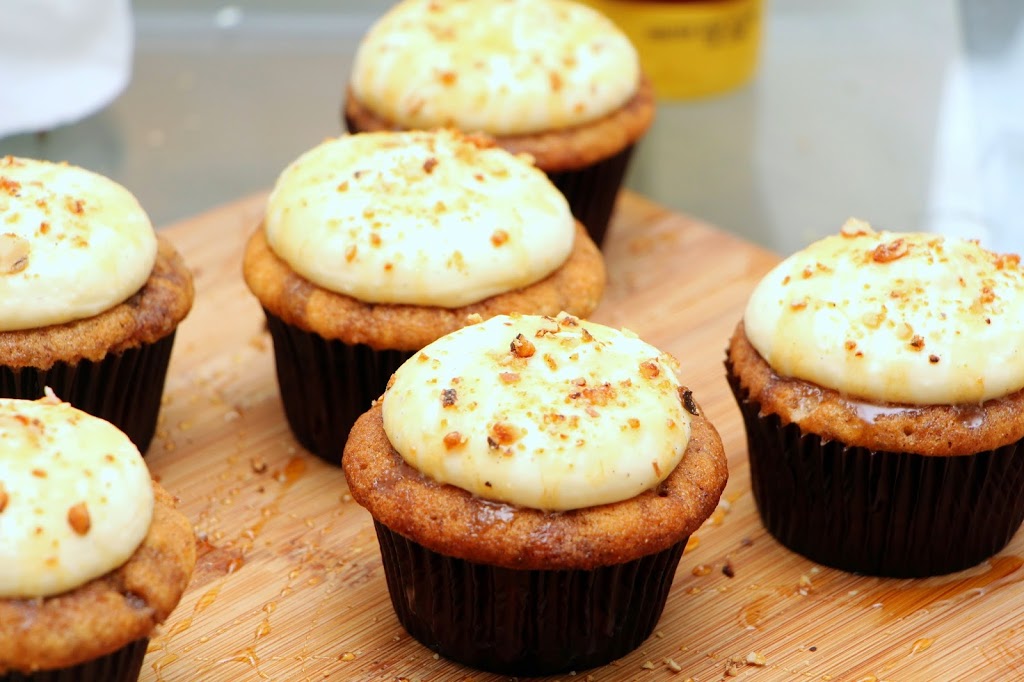 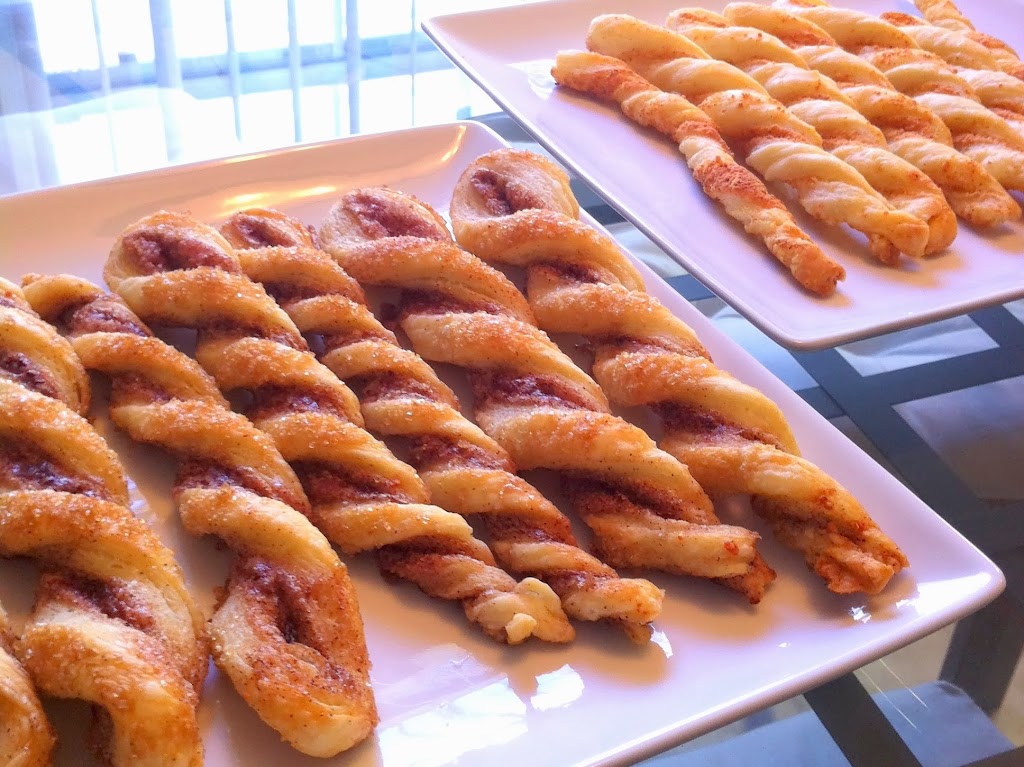 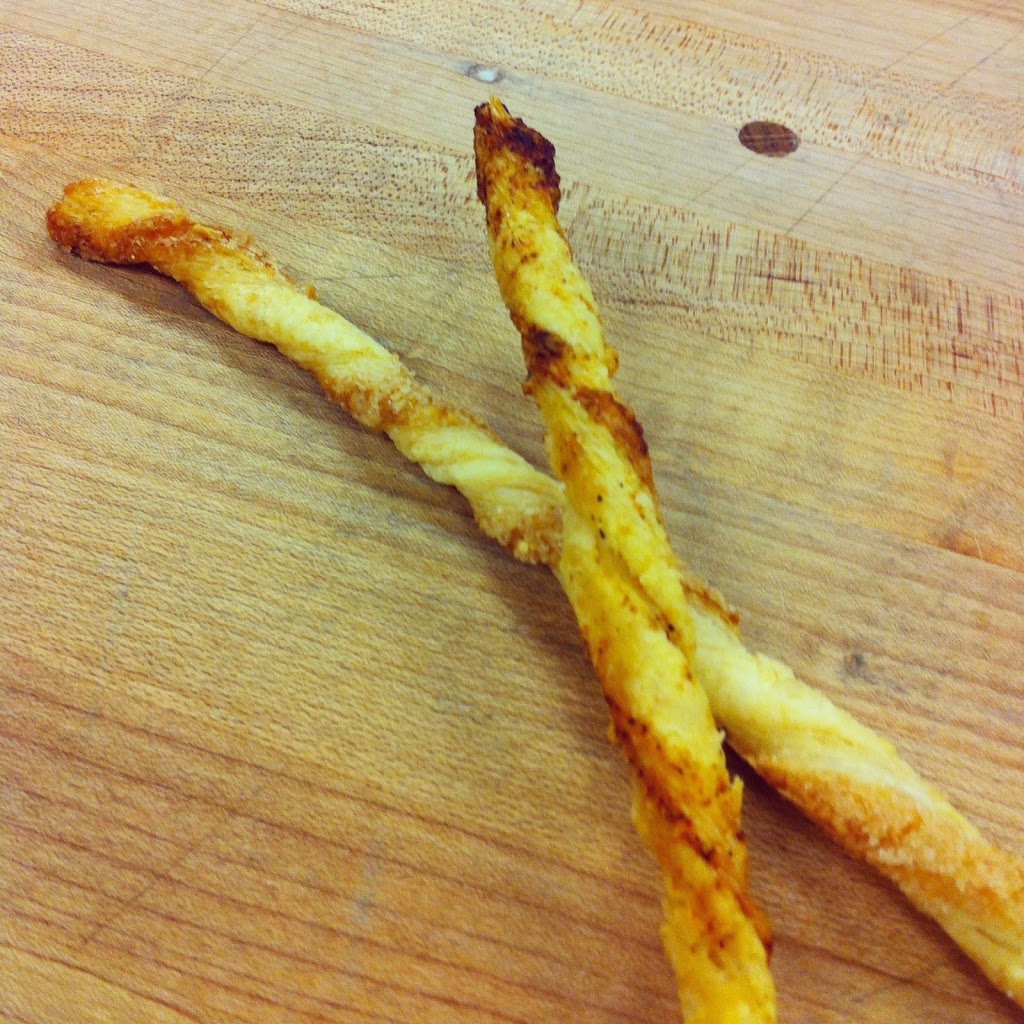 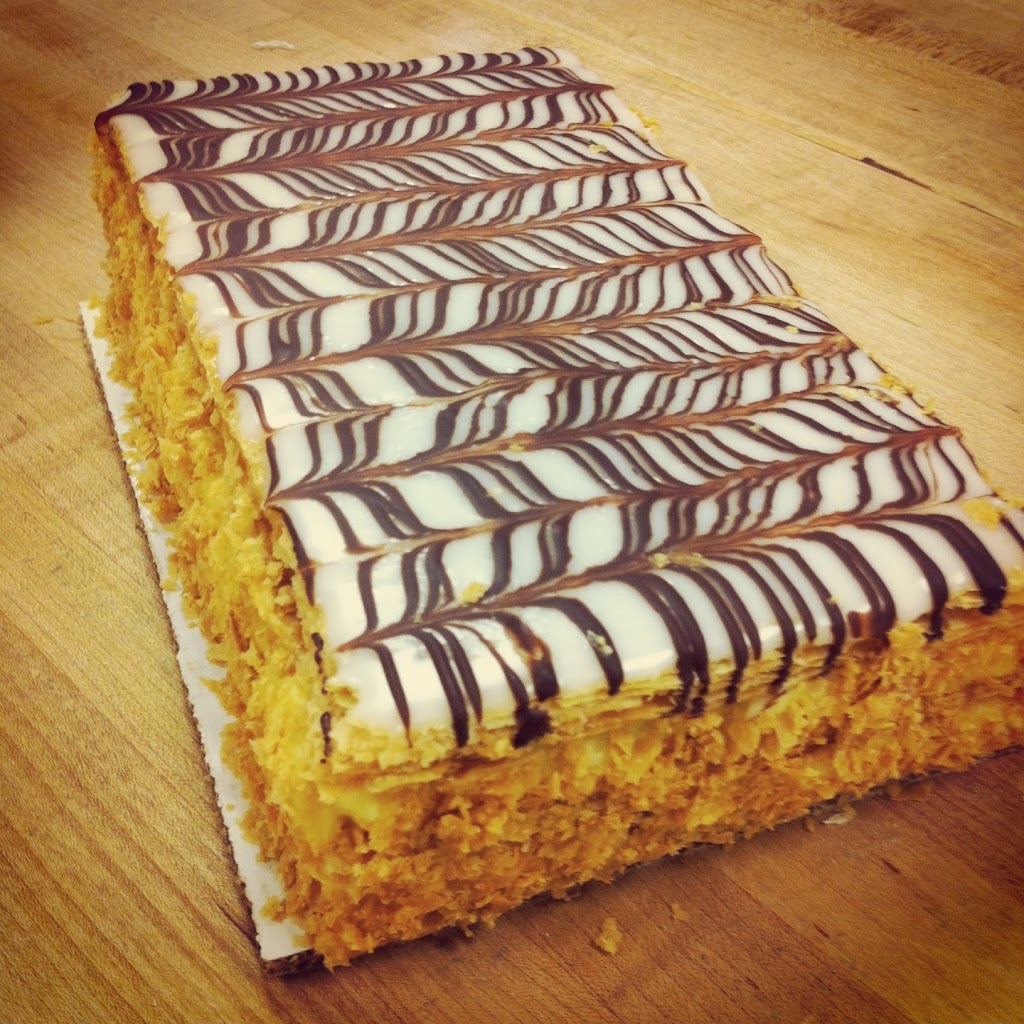 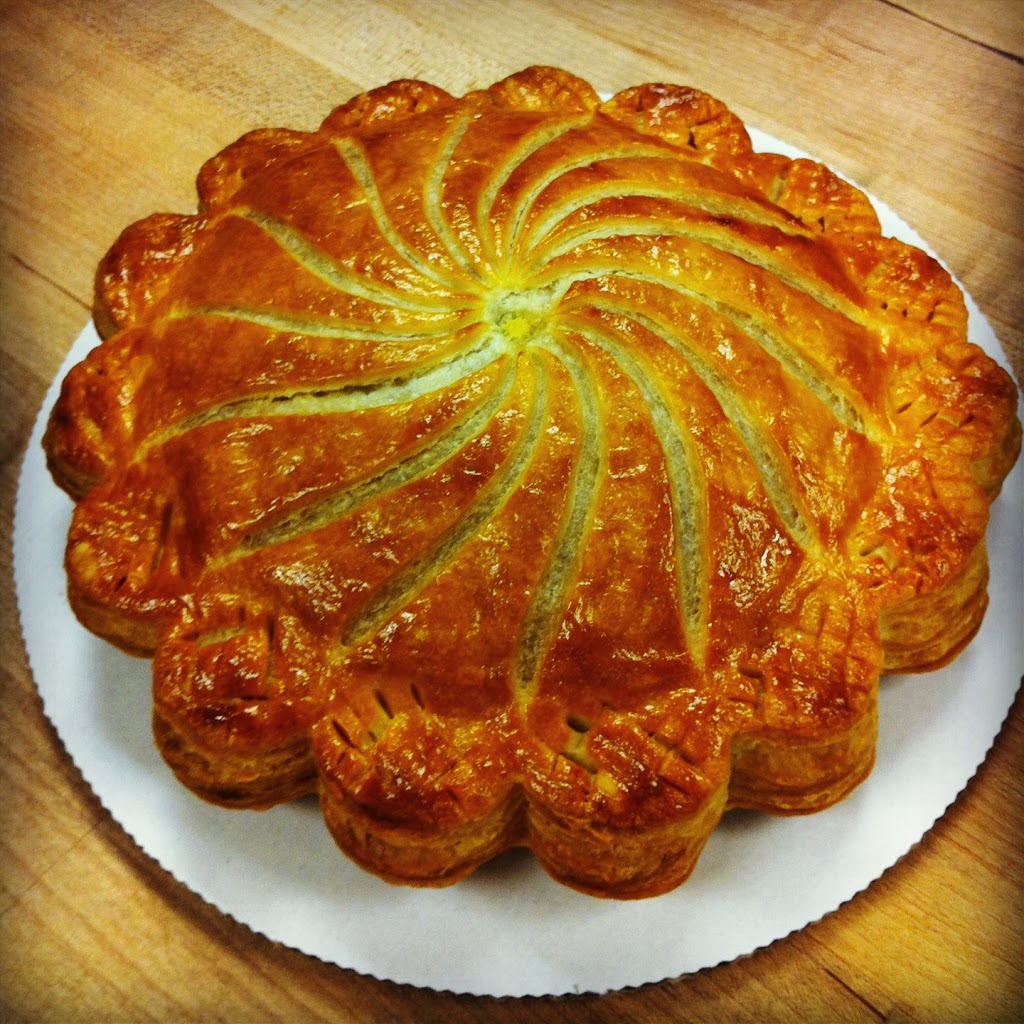 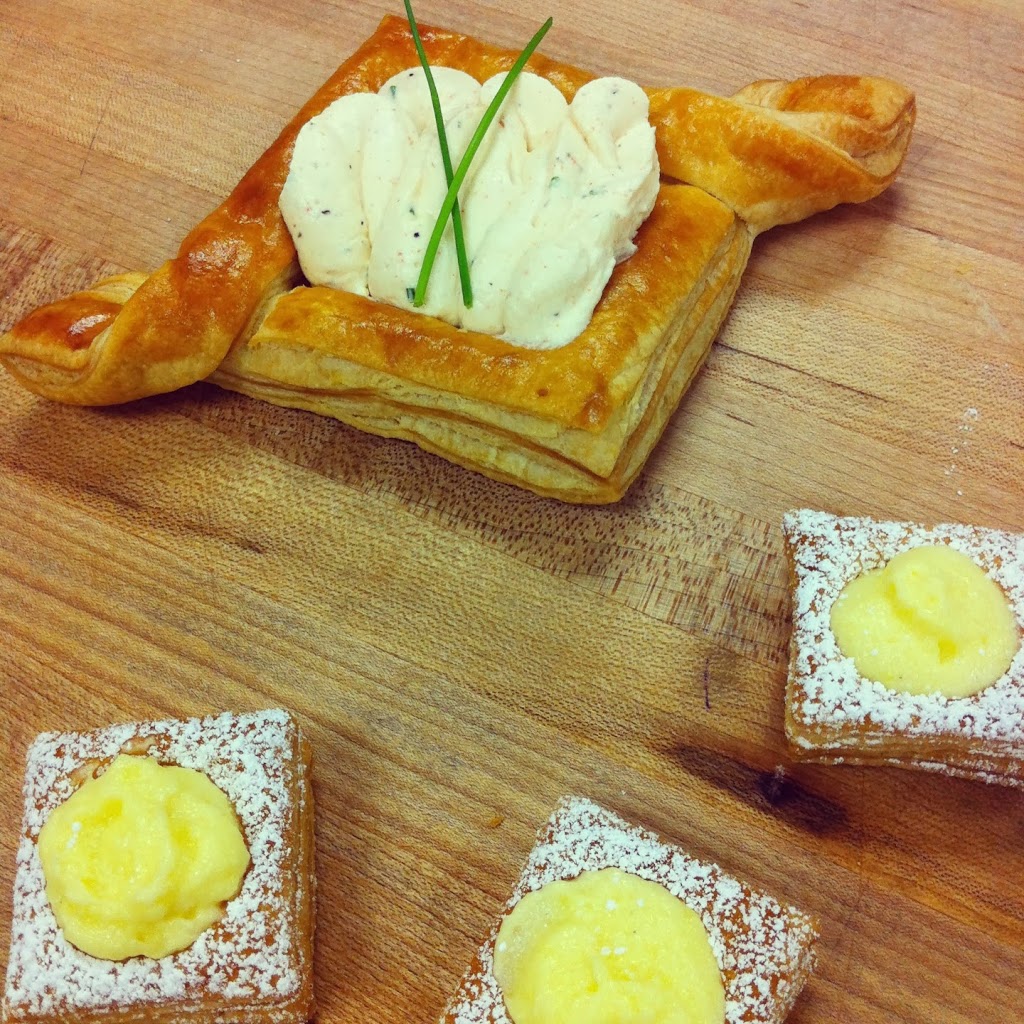 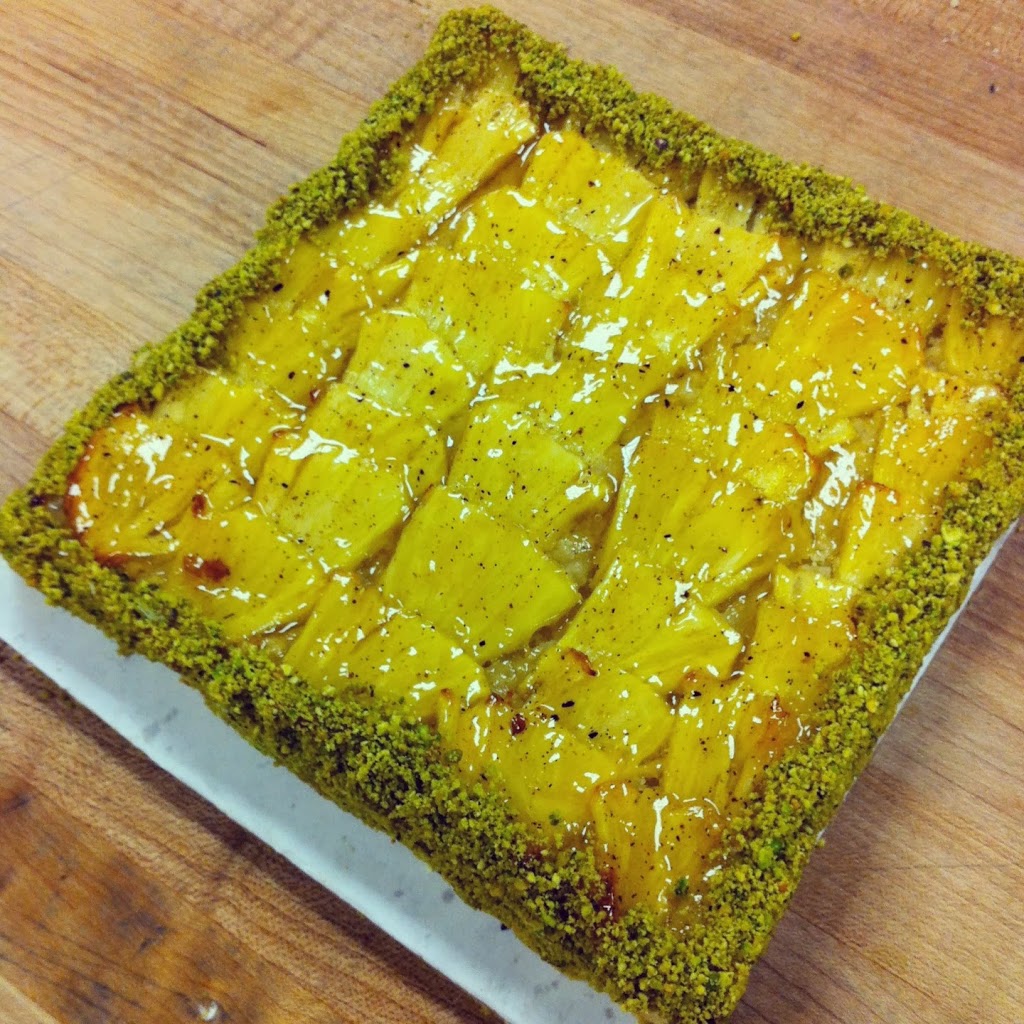 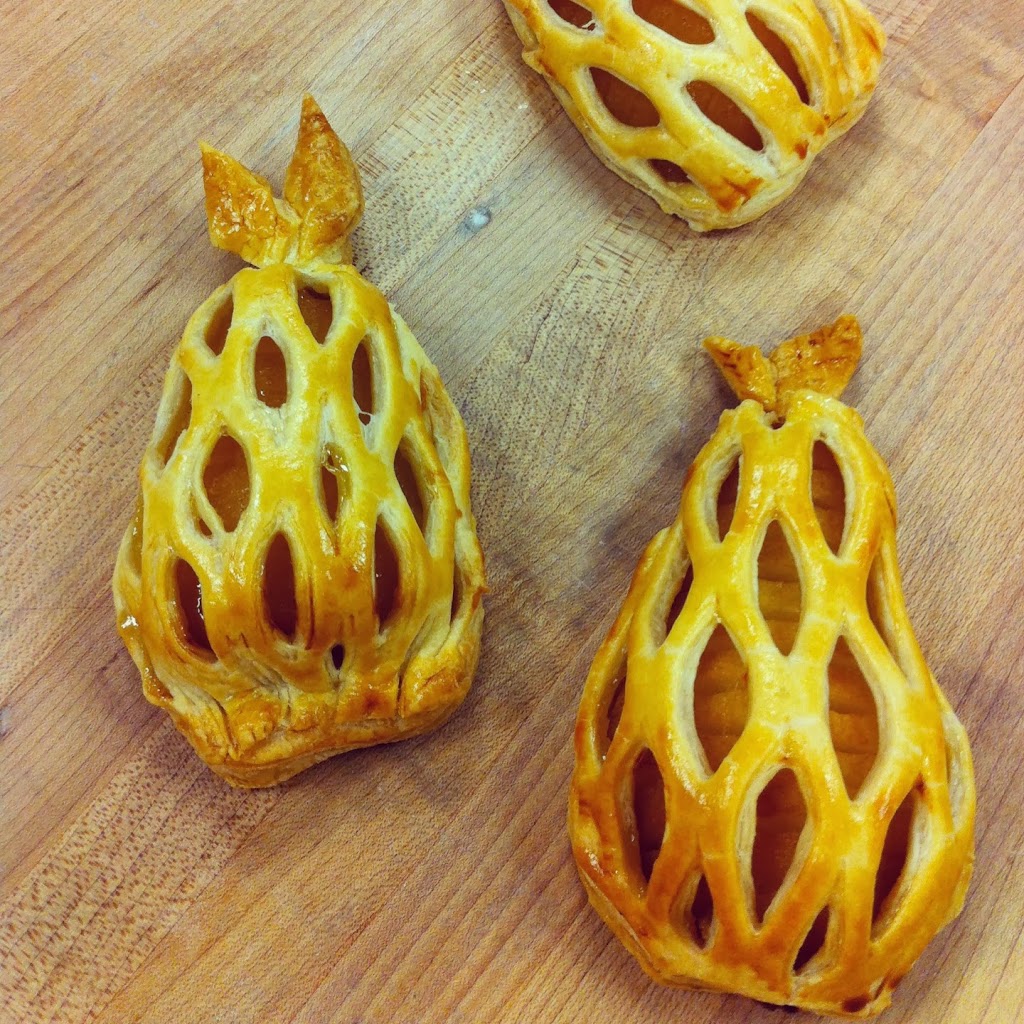 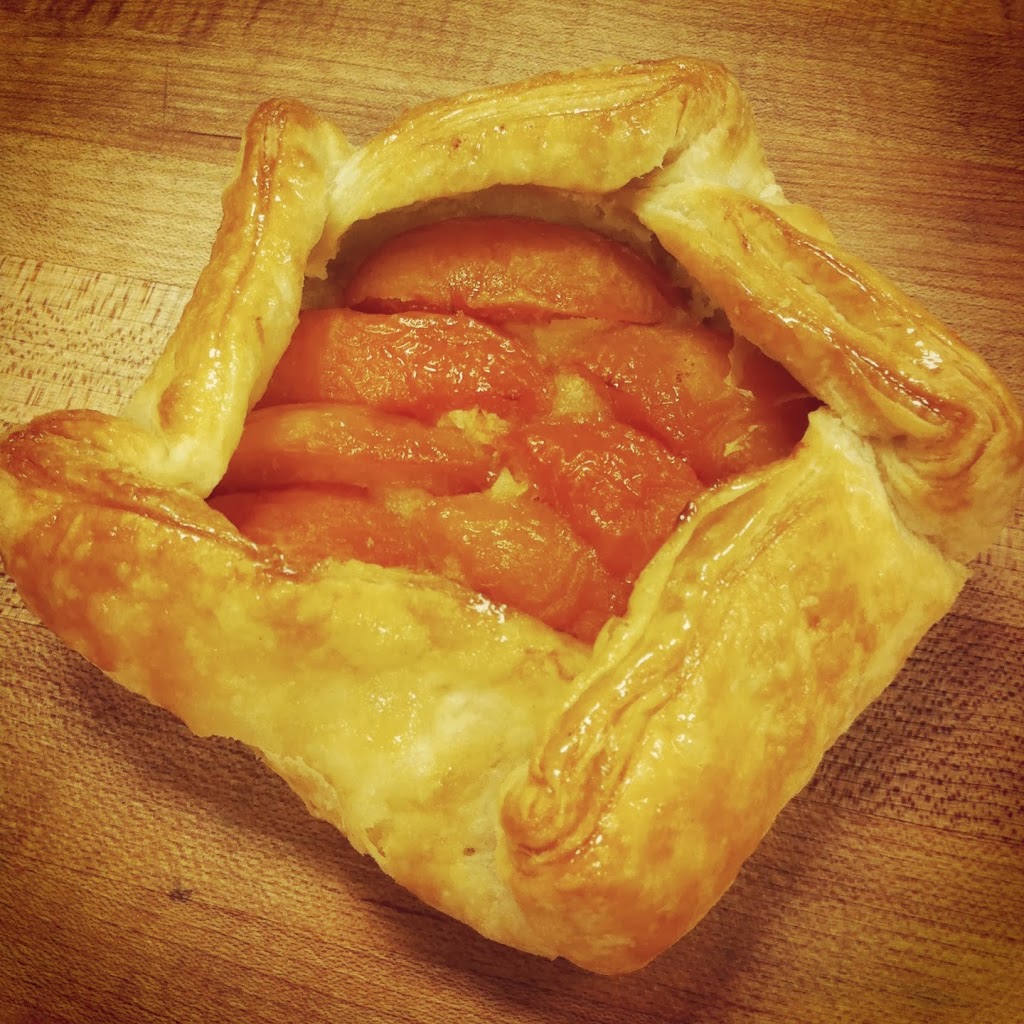 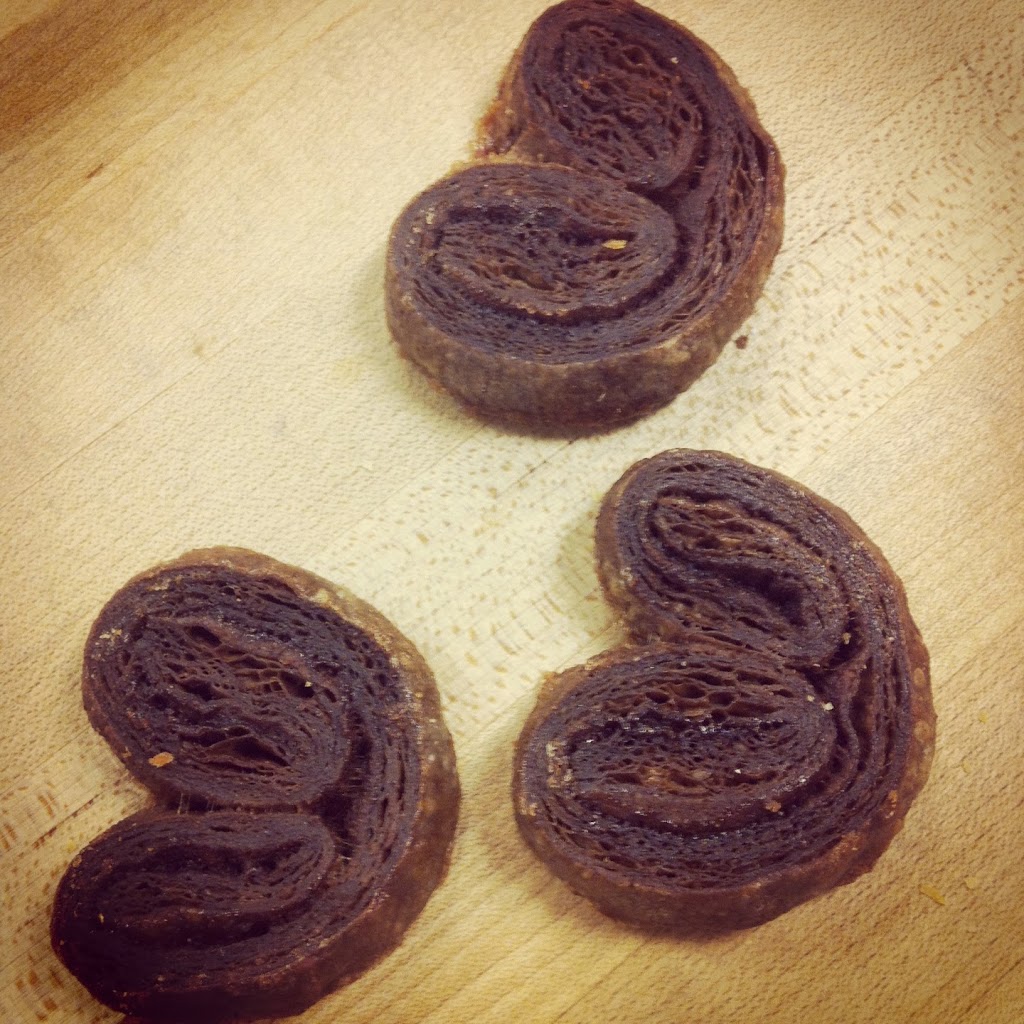 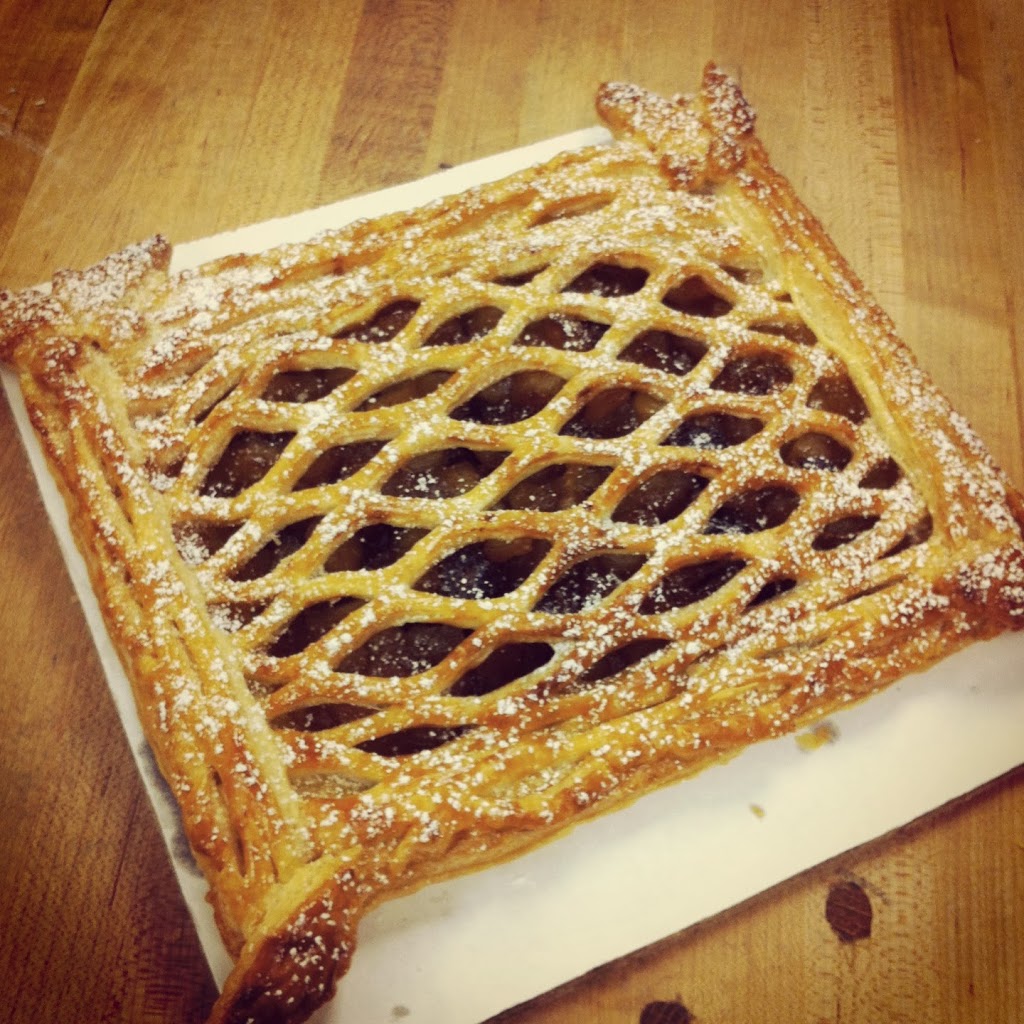 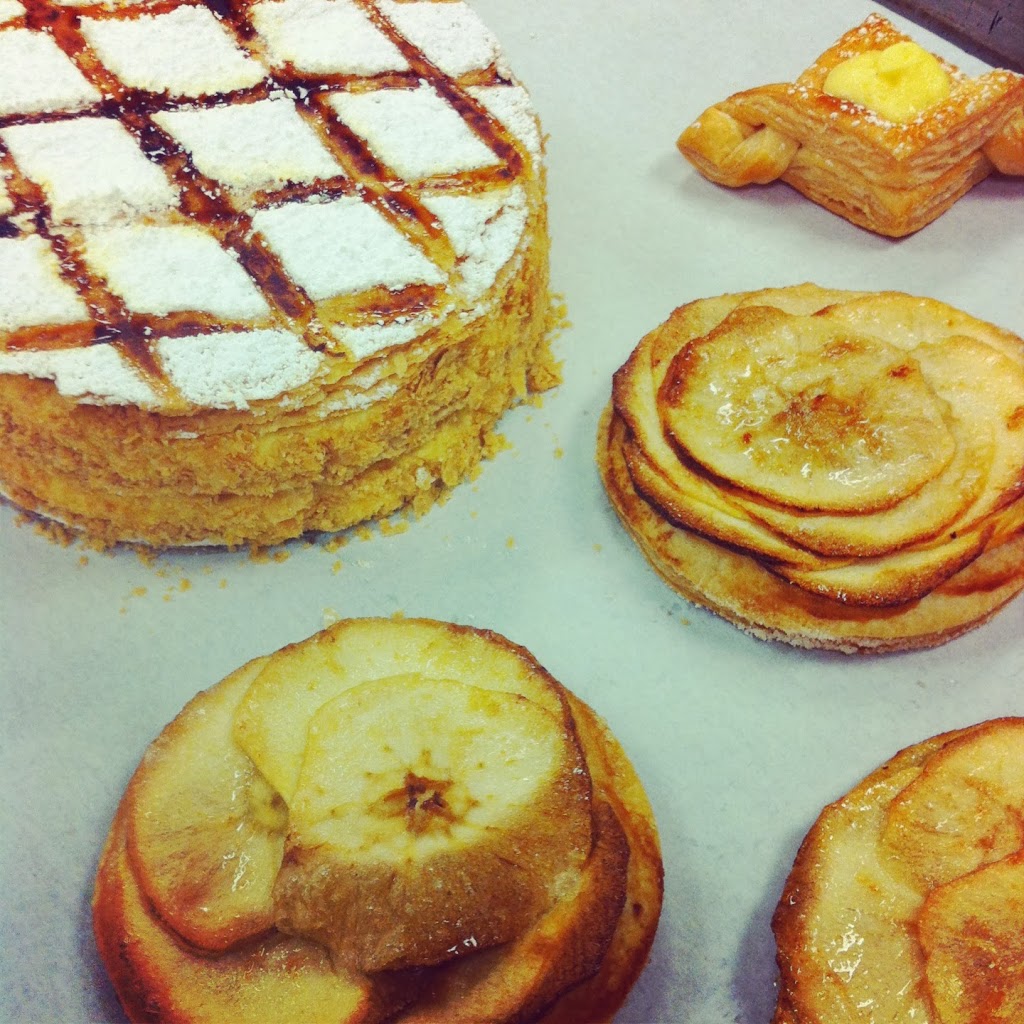