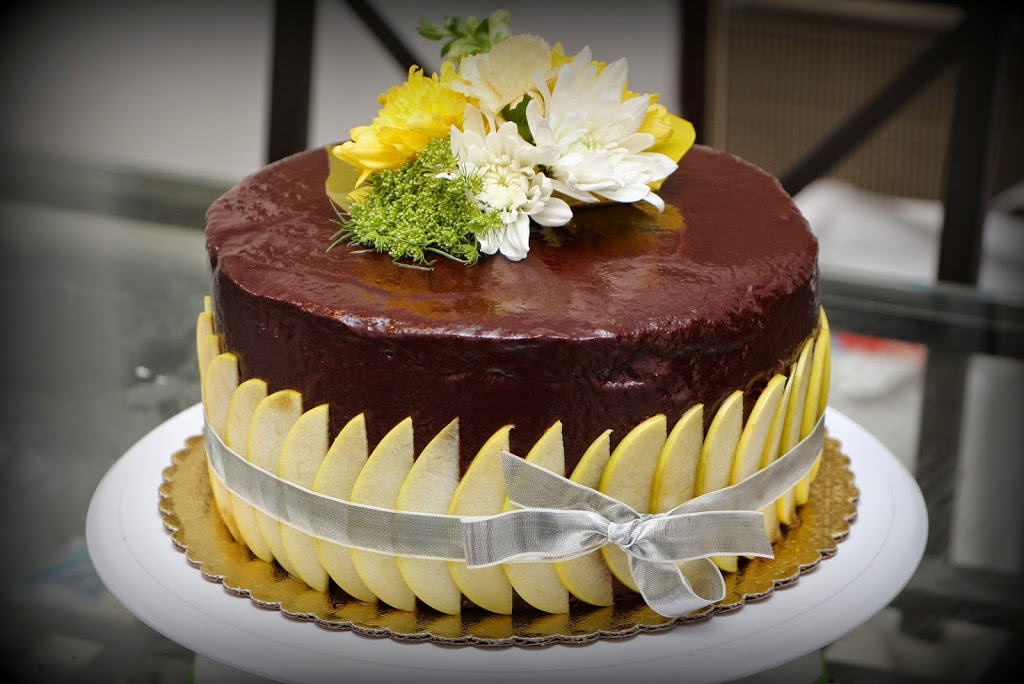 Happy birthday this week to my friends Patricia and Chengos! I made this cake at the last minute for a potluck. The only guidance I had was “chocolate” and “maybe with fruit”. I thought about what I was originally going to make (apple tarts), opened up my favorite cookbook, Extraordinary Cakes, and the first page I turned to was “New York, New York,” a chocolate and apple cake. It was meant to be.

I don’t often associate apples with chocolate, but add in a little caramelization and rum, and it all comes together. 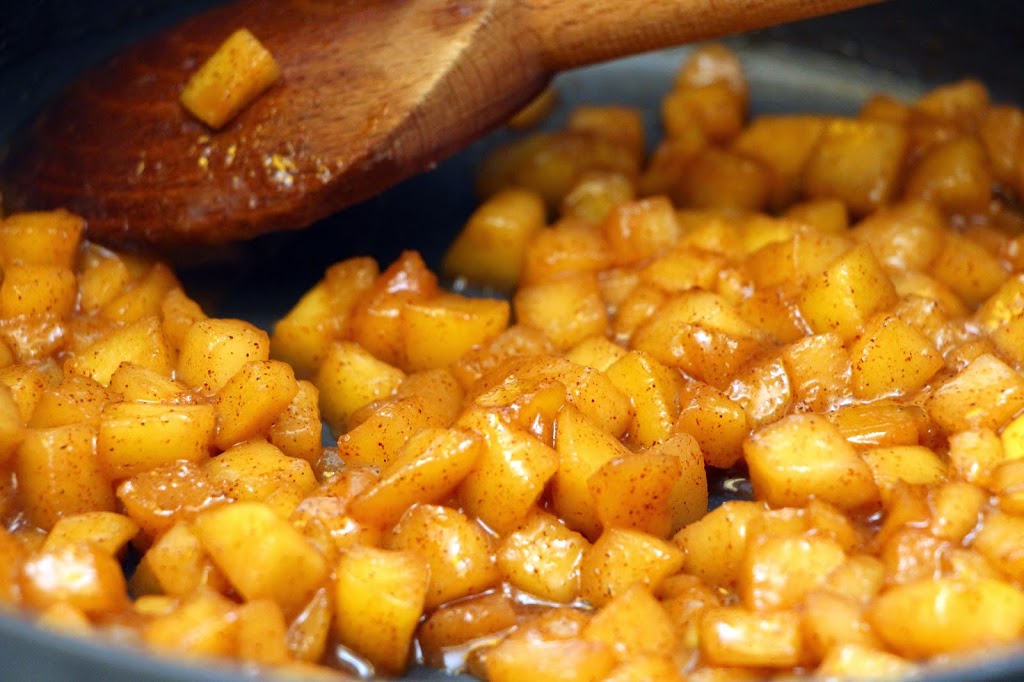 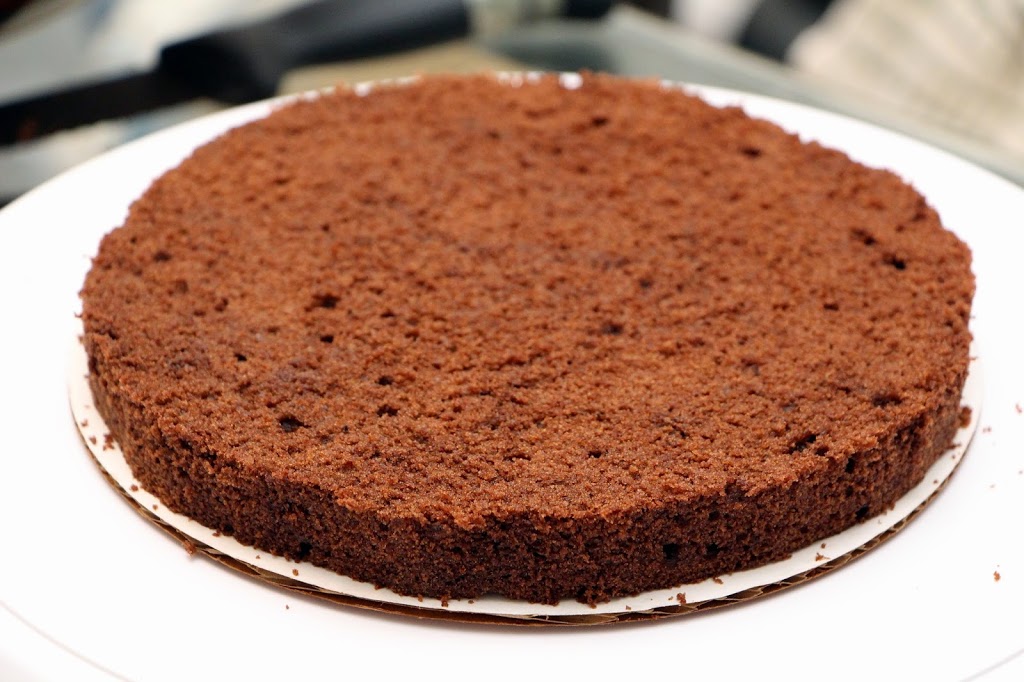 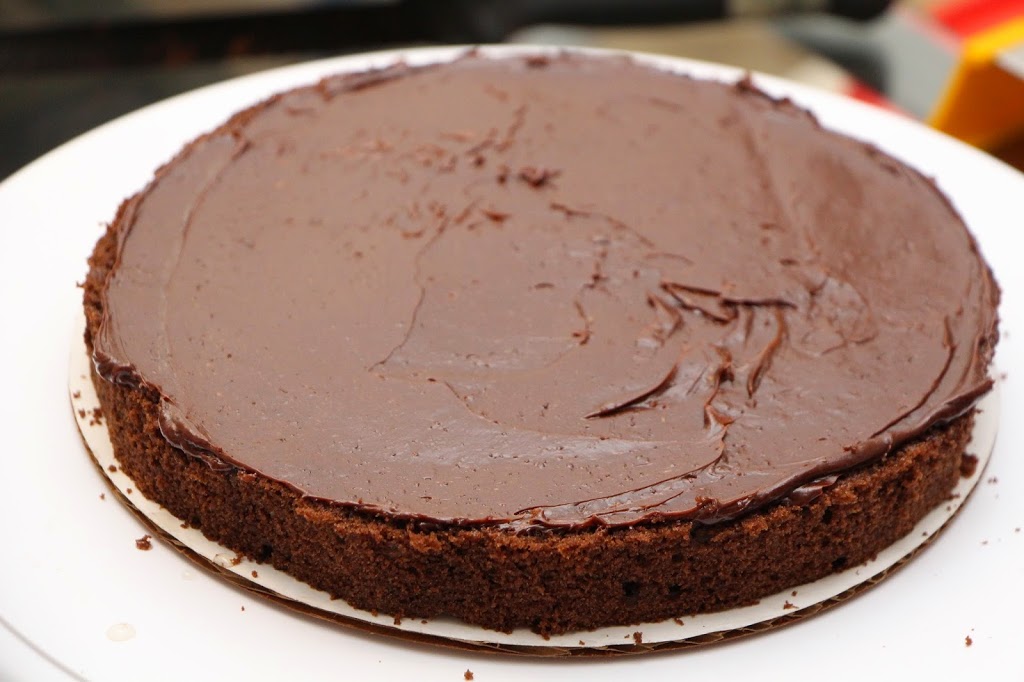 I used the same sour cream chocolate cake that I used for my previous German Chocolate Cake, since I knew I could count on it for a flavorful and light texture. I brushed the cake with rum simple syrup and then layered it with rum-spiked chocolate ganache, chocolate chantilly (whipped chocolate cream), and caramelized Golden Delicious apples. 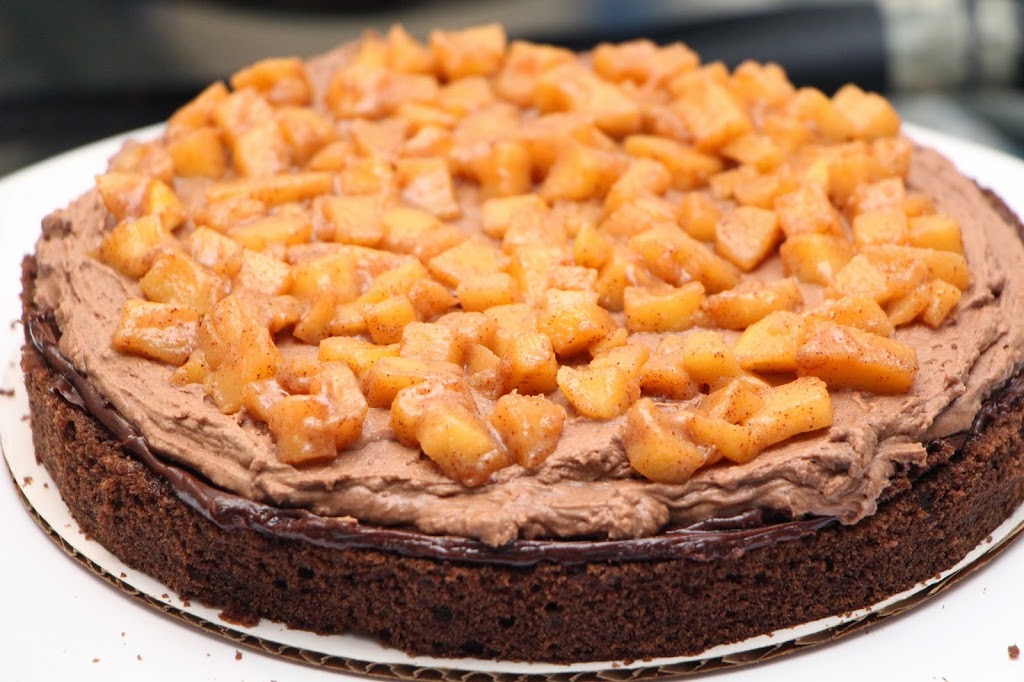 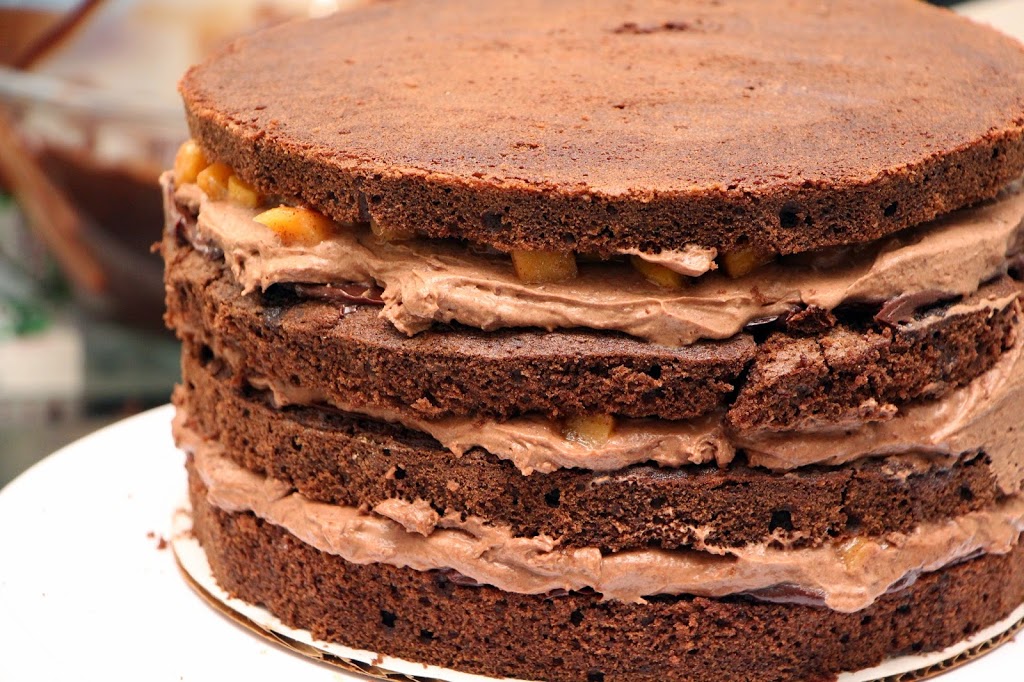 The assembled cake was then coated with chocolate ganache, and covered with a chocolate glaze for a smooth finish. Then I placed thinly sliced Golden Delicious apples around the sides and secured with a ribbon. I didn’t have time to make additional decorations, so I arranged some fresh flowers on top. 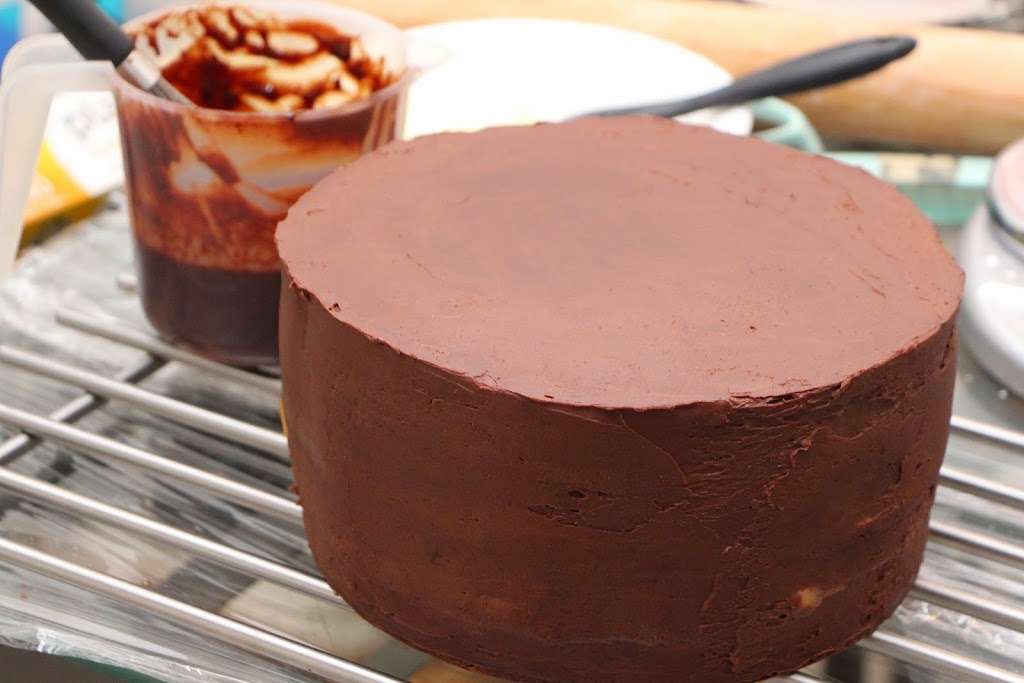 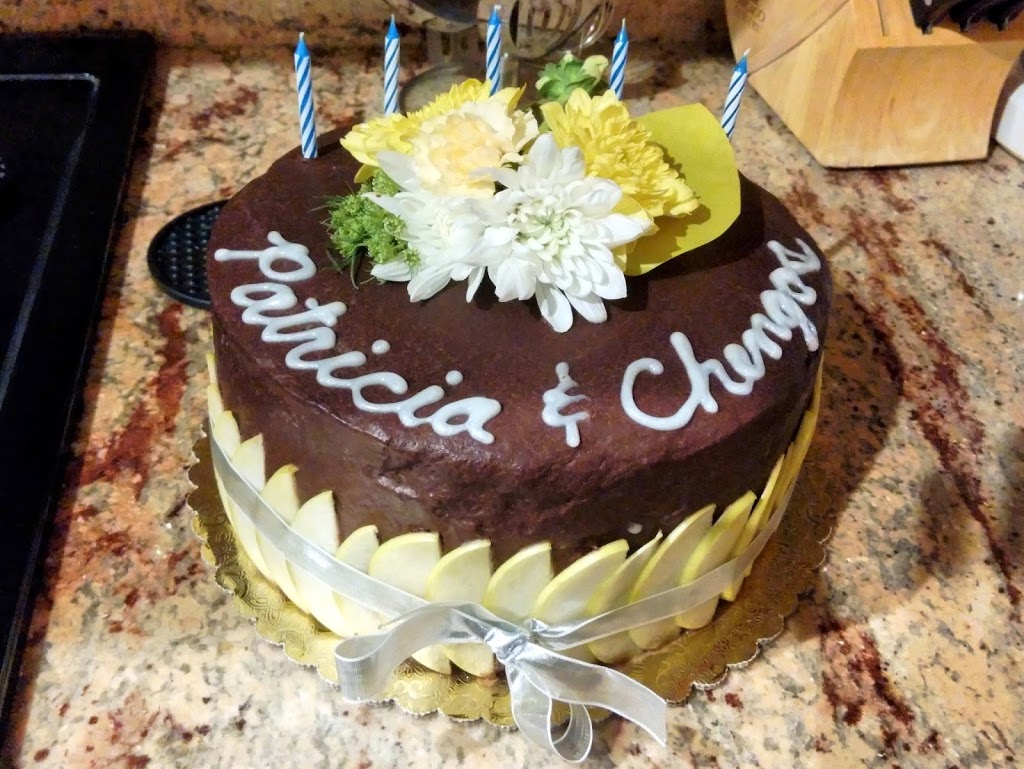 Although you might expect this cake to be incredibly heavy, the lightness of the chocolate cake layers offsets the denseness of the ganache. I might skip the ganache filling layers in the future and save it just for the outer coating, but all in all, this was a unique and flavorful cake! Thin slices recommended for consumption 😉 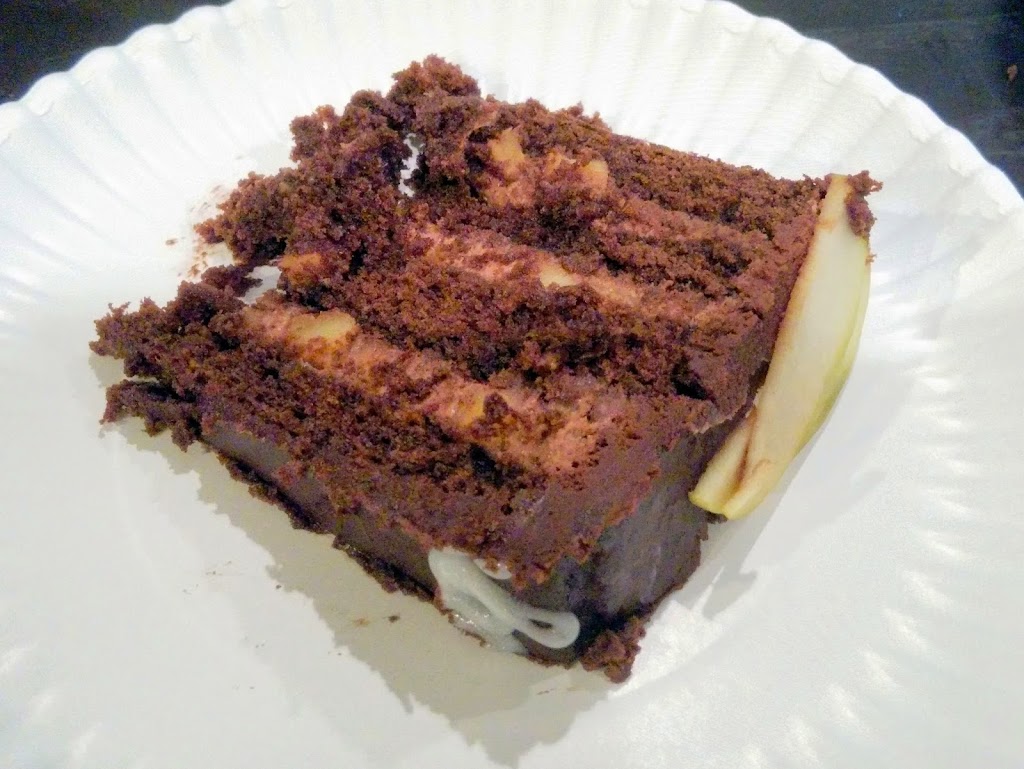 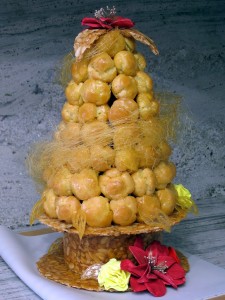 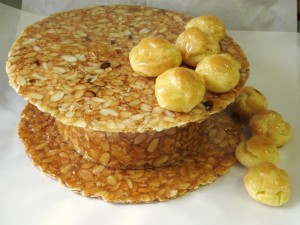 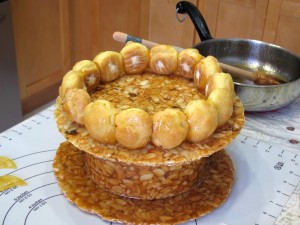 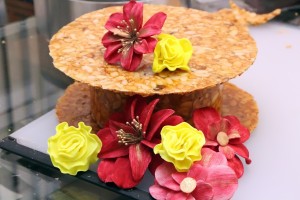 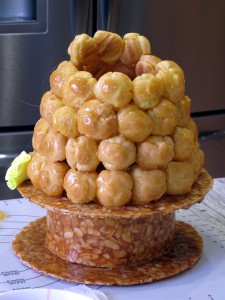 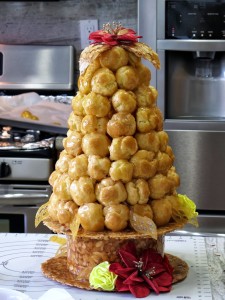 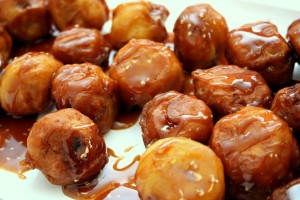 I didn’t get a chance to make these for Cinco de Mayo like I had planned to, but I made them happen anyway over the past week.

If you search for Cinco de Mayo desserts, churros, or variations of fried dough dipped in sugar, are likely to turn up. I thought these rice fritters would be slightly more interesting and challenging, so I decided to give them a try. Delicious, and well-worth the effort! But perhaps no healthier than churros (they are deep-fried afterall) . . . 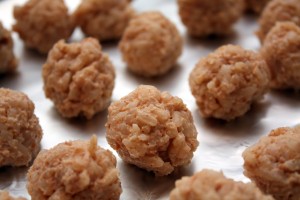 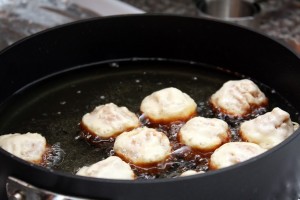 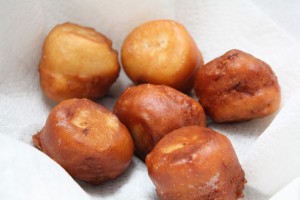 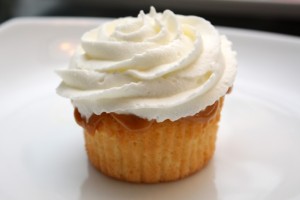 Home-made dulce de leche is quite easy. It is essentially caramelized condensed milk. Some recipes prepare it directly in the can by placing the can in a boiling pot of water. I decided to go with the oven method (see, e.g. David Lebovitz’s recipe):

Pour a can of sweetened condensed milk into a shallow pie pan or baking pan. Place that pan in a larger roasting dish / baking pan that has a lid. Fill the outer pan with water until near the top of the inner pan. Cover with lid and baking at 425° F for 75-90 minutes. Check occasionally in case you need to add more water. A darker crust/layer will form on the top of the condensed milk / dulce de leche. Whisk the dulce de leche until it is smooth (you may need to strain out pieces of crust). Voila!