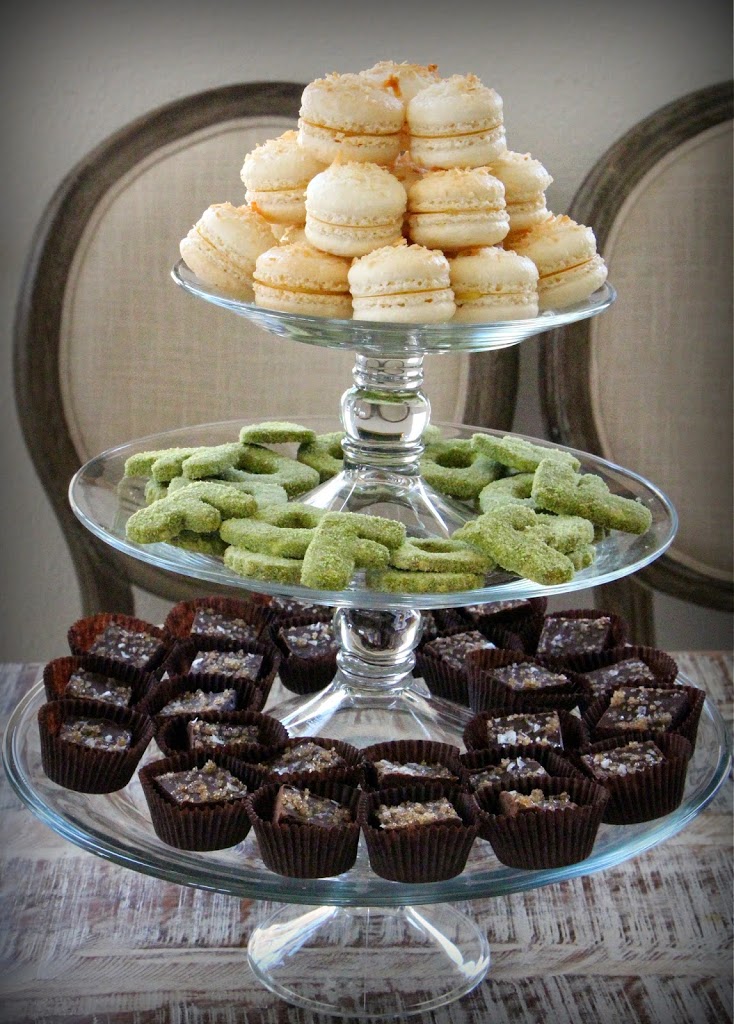 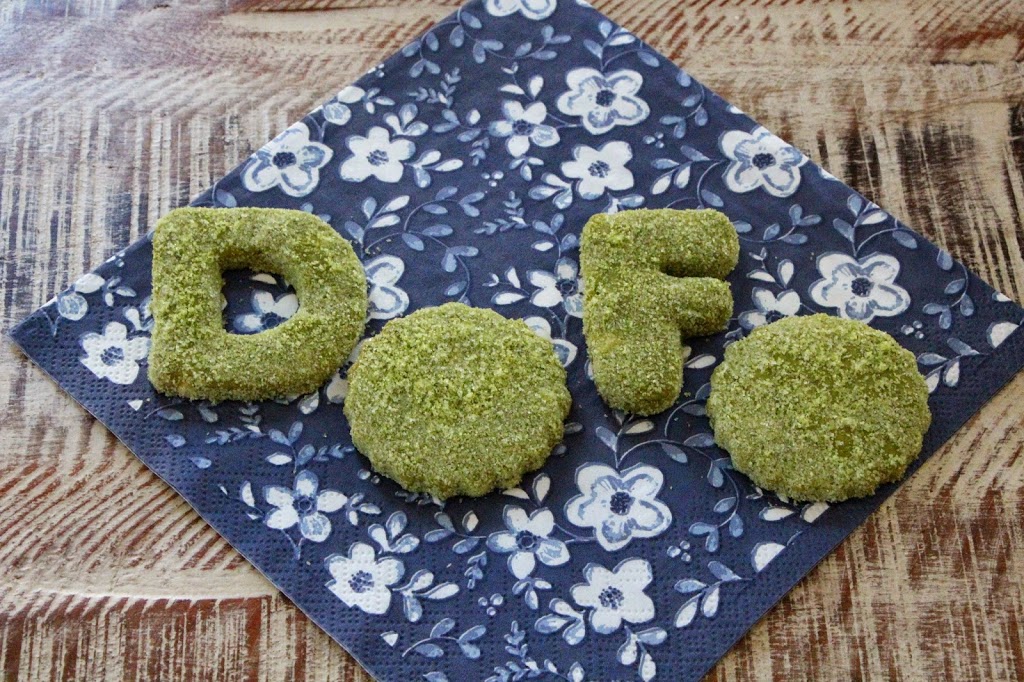 Baby “DoFo” (that’s a mashup of last name syllables) is on the way, and I was happy to bring desserts to the tea-time themed baby shower. To match the theme, I wanted to make small bite-sized desserts that didn’t require any utensils to eat or serve. Another friend was already bringing scones, so I decided on coconut macarons with lime-lychee curd, matcha green tea sugar cookies (this time cut into D’s, F’s and circles — the ability to spell out DoFo was purely coincidental), and bourbon sugar fudge squares. 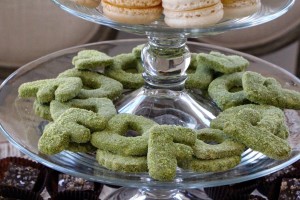 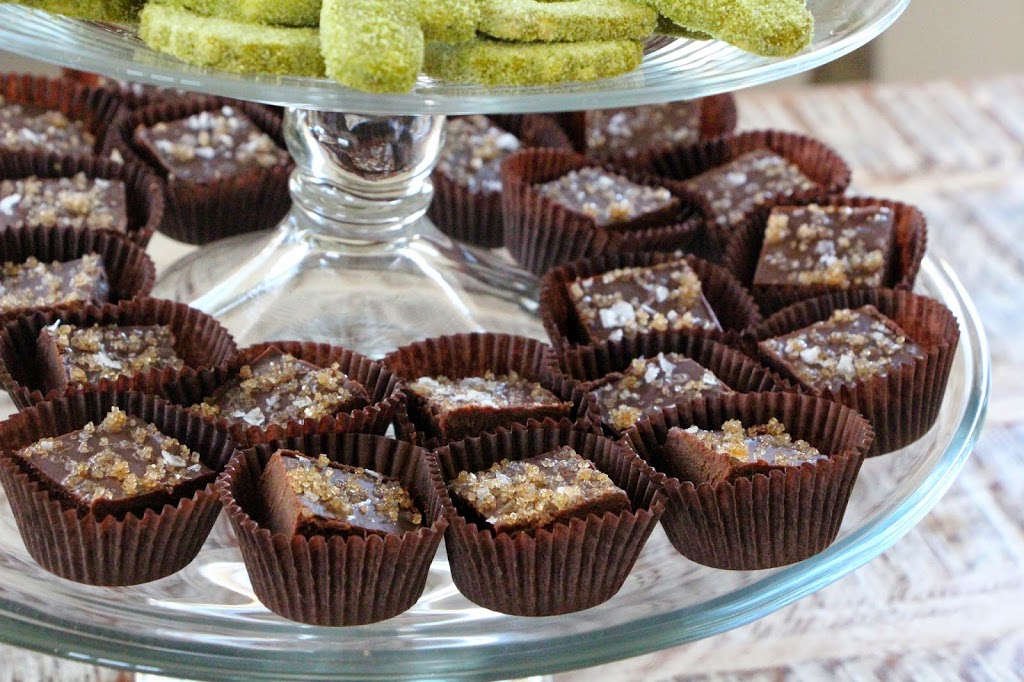 To make the macarons, I made plain shells but baked them with toasted coconut shavings on top. I probably could have ground up coconuts into the shell or used coconut extract, but I didn’t necessarily want the coconut flavor to be predominant. For the filling, I made lime-lychee curd (using a basic lemon curd recipe but substituting the lemon juice for about 75% lychee puree and 25% lime juice) and mixed it with a small portion of pastry cream. 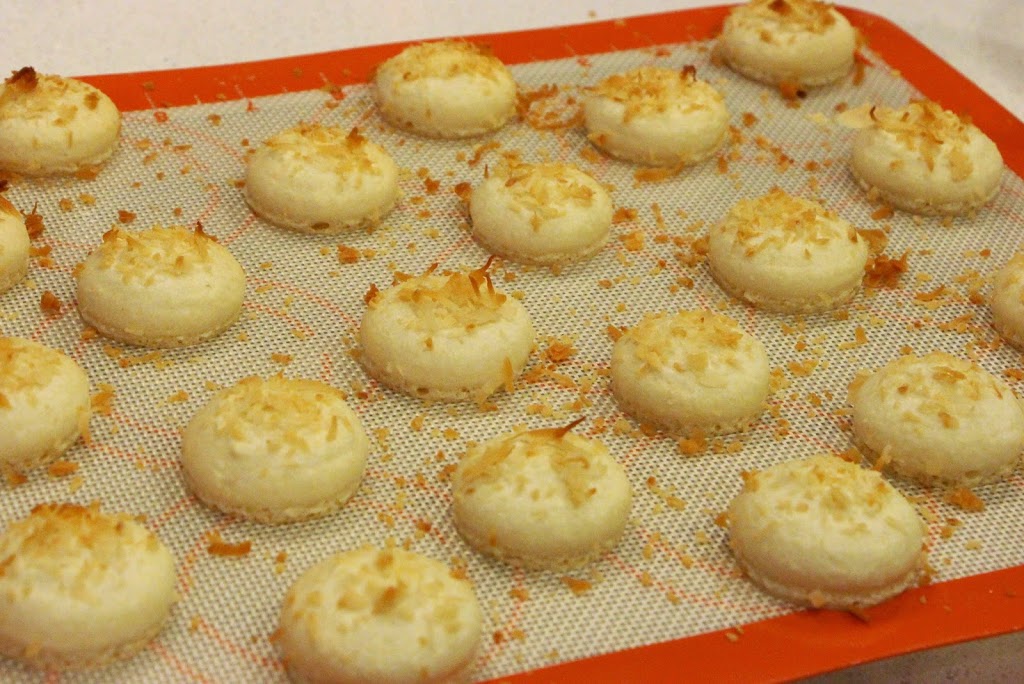 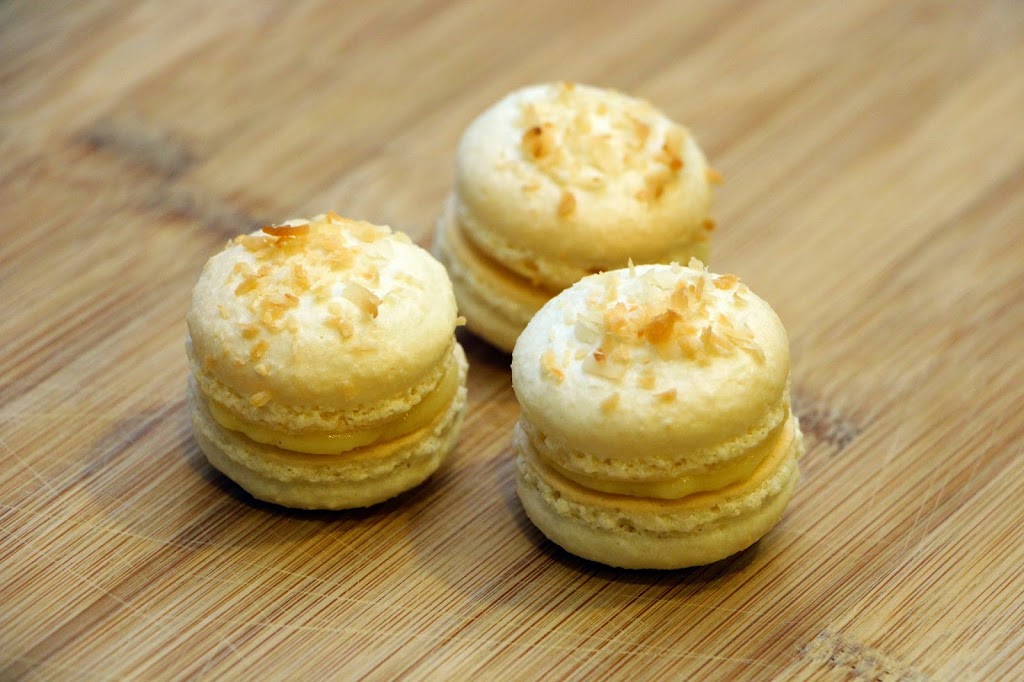 The matcha green tea sugar cookies were just like the previous time I made them, but with a different brand of matcha that made the mix much more vibrant:

The fudge comes from a Bon Appétit recipe and is addicting. The original thought was just to throw in something darker and richer, like the pastry equivalent of a cigar for the men at the shower. But this ended up beingmy favorite of the three. The fudge has a light bourbon flavoring in it, and is topped with bourbon raw sugar and Maldon sea salt flakes which really give this dessert that something special. 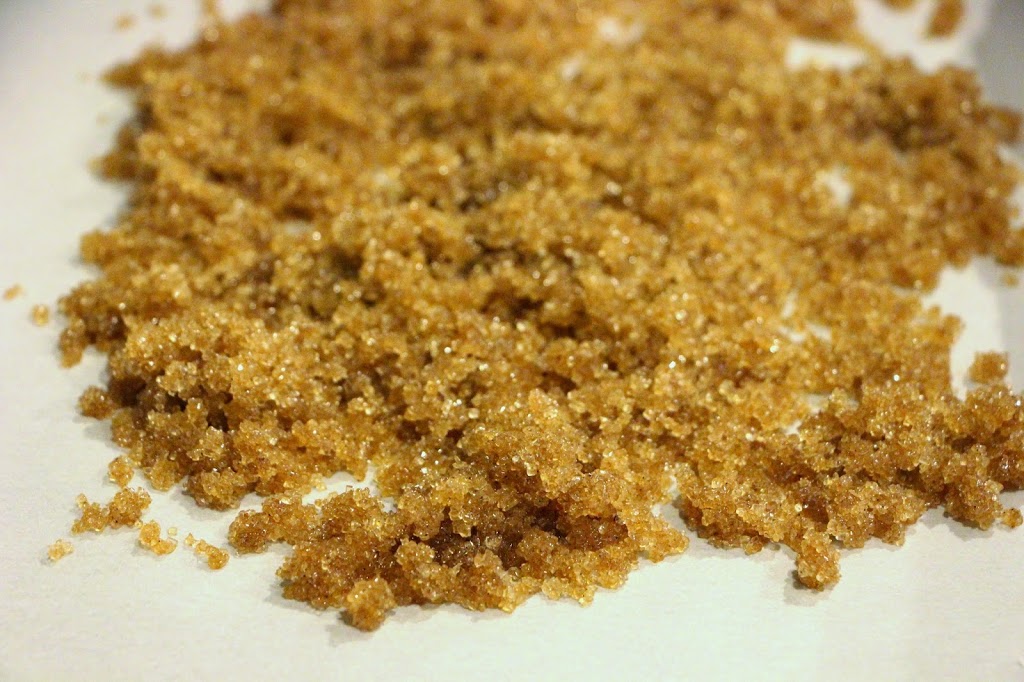 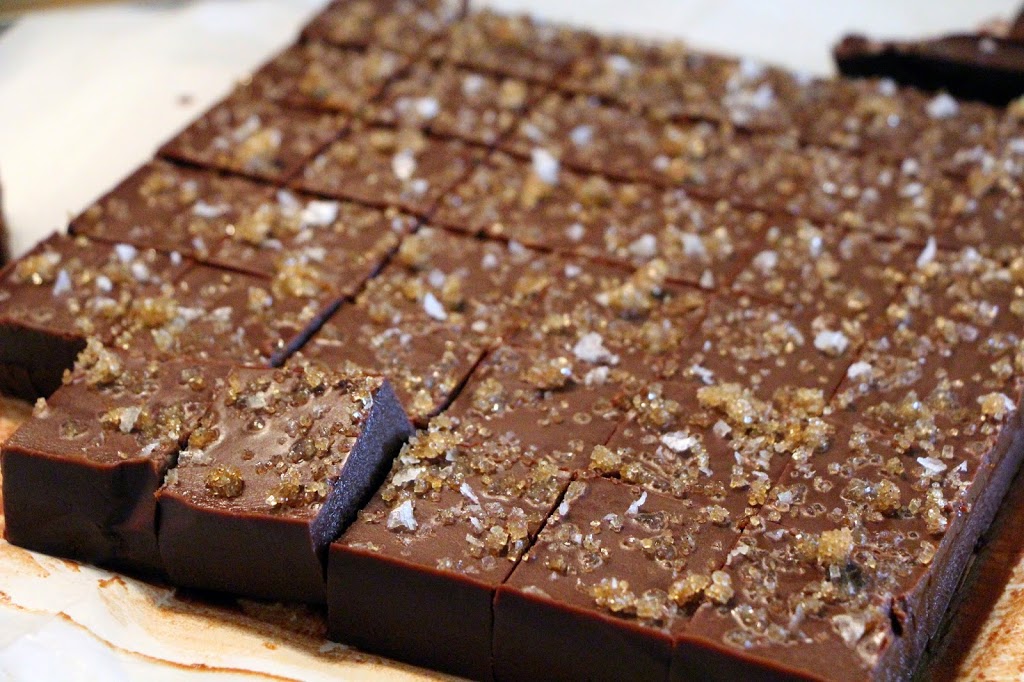