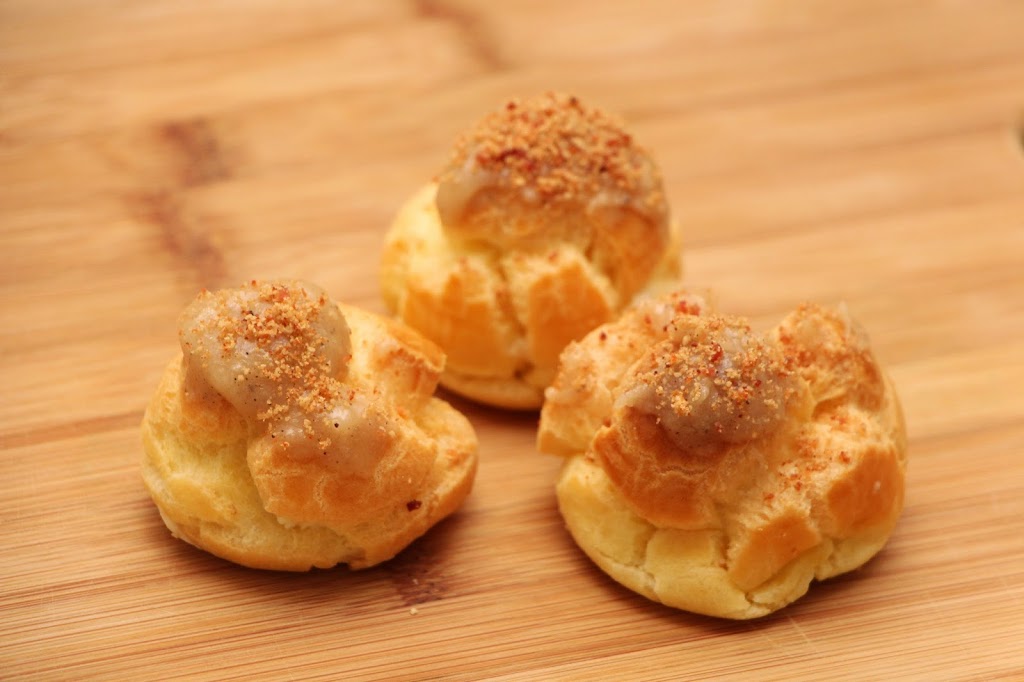 I’ve been meaning to make some version of these cream puffs after a culinary friend of mine talked about making bacon profiteroles and described the magic of grinding various foods with sugar to create custom-flavored dusting sugars. 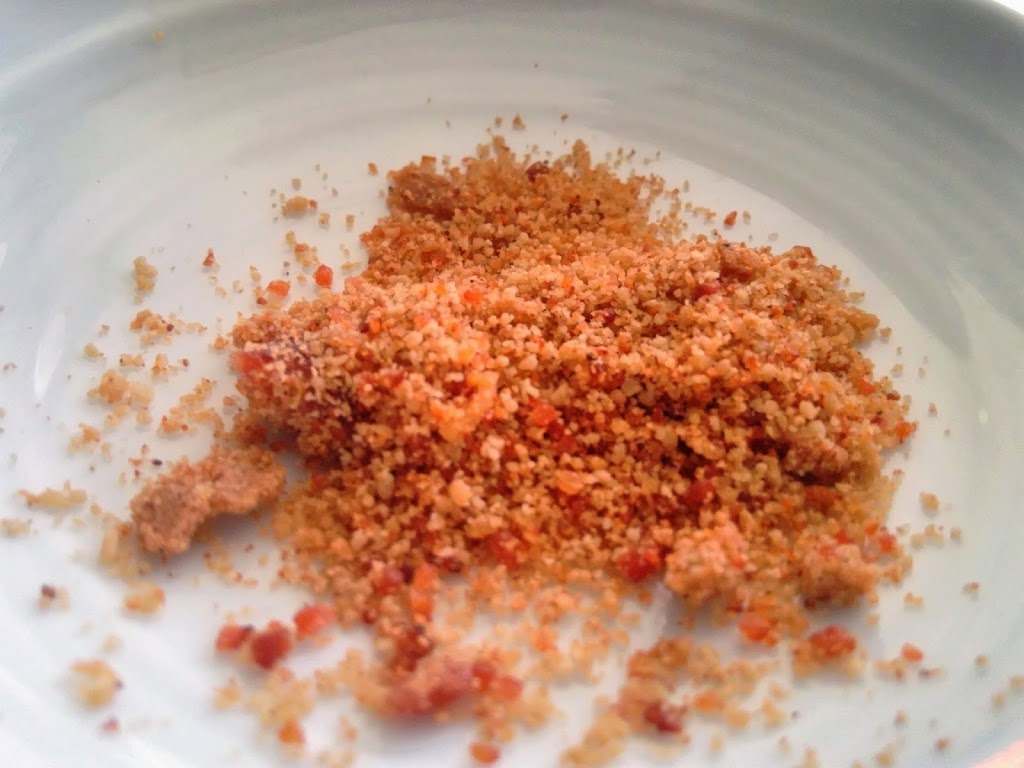 This took me a few tries, as I first tried making cream puffs with bacon fat instead of butter (I prefer the butter flavor), and then first ground up the rendered bacon with granulated sugar (I highly recommend maple sugar instead for a much better flavor pairing . . . something is a little off about bacon with regular sugar). Apologies to my friends who were guinea pigs on earlier iterations of this.
The final result used regular cream puffs, with maple flavored custard (crème légère with maple syrup), dipped in brown butter icing, with maple bacon sugar sprinkled on top. So good. 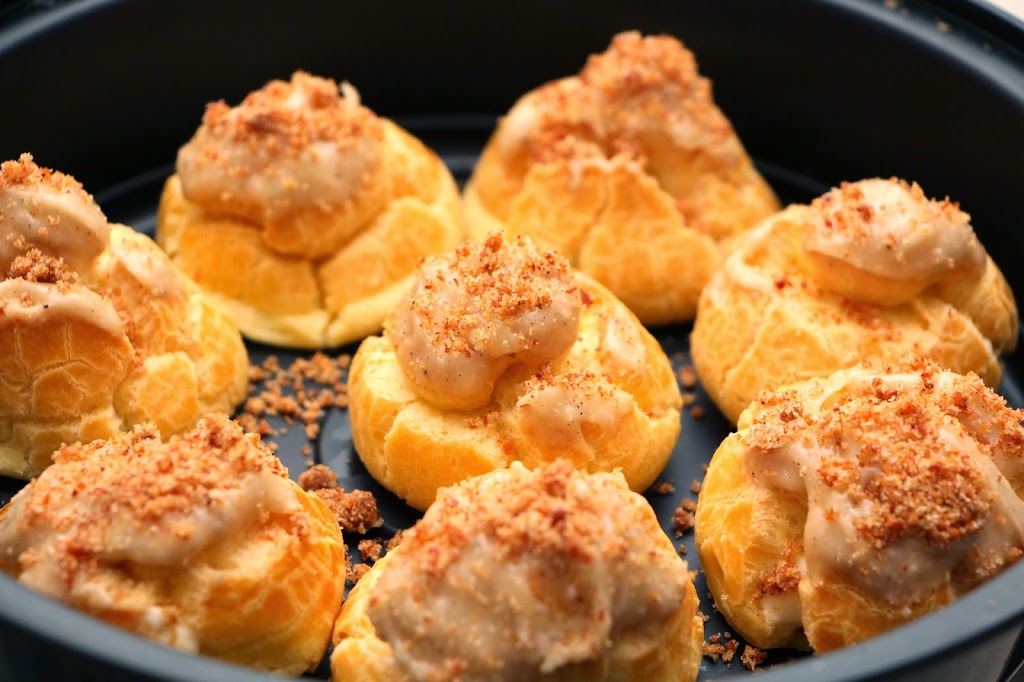