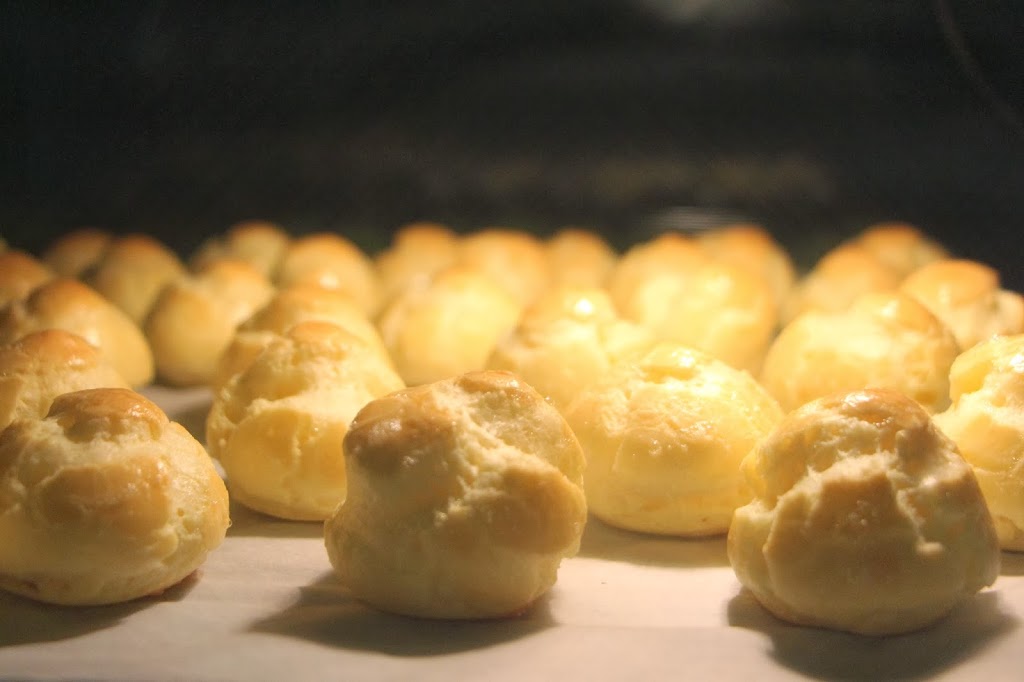 Pâte à choux, a.k.a. cabbage dough. The layperson usually does not recognize this term, so I also describe it as cream puff dough.

I love this stuff. And not just because it demonstrates the magic of mechanical leavening. Okay, maybe precisely for that reason. The dough is made of water, butter, bread flour, a bit of sugar and salt, and eggs. What distinguishes this dough from others is the fact that it is cooked twice: all ingredients except the eggs are first cooked over the stovetop, and then the eggs are beaten in one at a time to reach the right consistency and moisture. Bread flour has a higher protein content, allowing for greater moisture absorption (thus usually more eggs and flavor), and an elasticity from the gluten formation. During baking, the water content transforms into steam (which is up to 1600x in volume under STP conditions! nerd alert!), which puffs up the dough and creates a hollow inside that can be filled with whipped cream, pastry cream, ice cream or other fillings. Round mounds of dough when baked (i.e. cream puffs) have tops that look vaguely like cabbages, hence the French name.
This dough is so versatile and can make cream puffs, profiteroles, eclairs, gougeres, popovers, and even gnocchi! 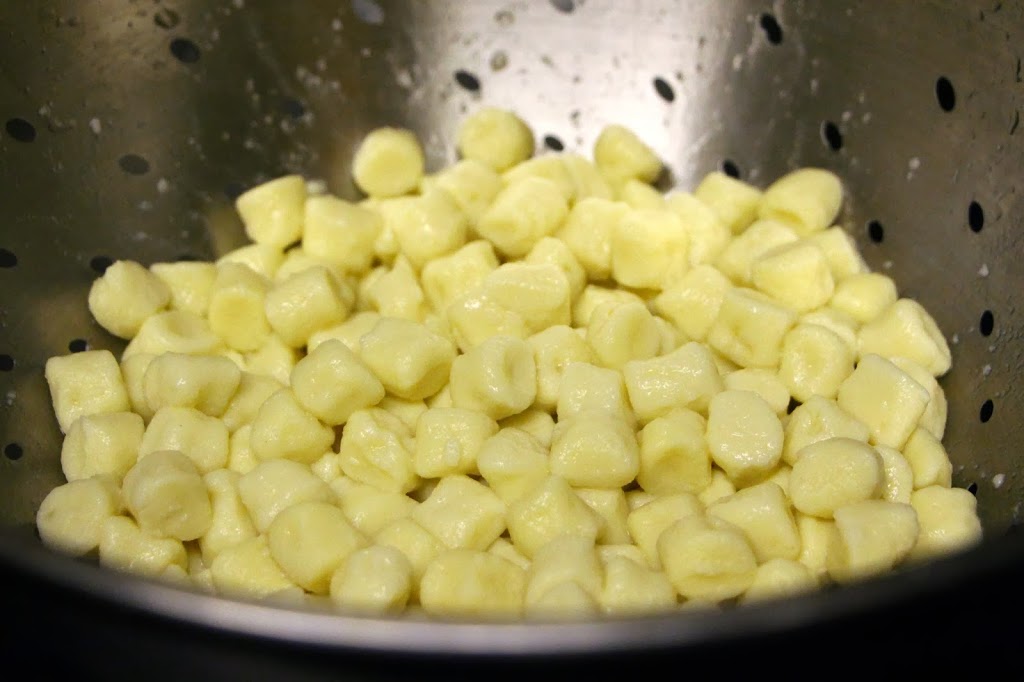 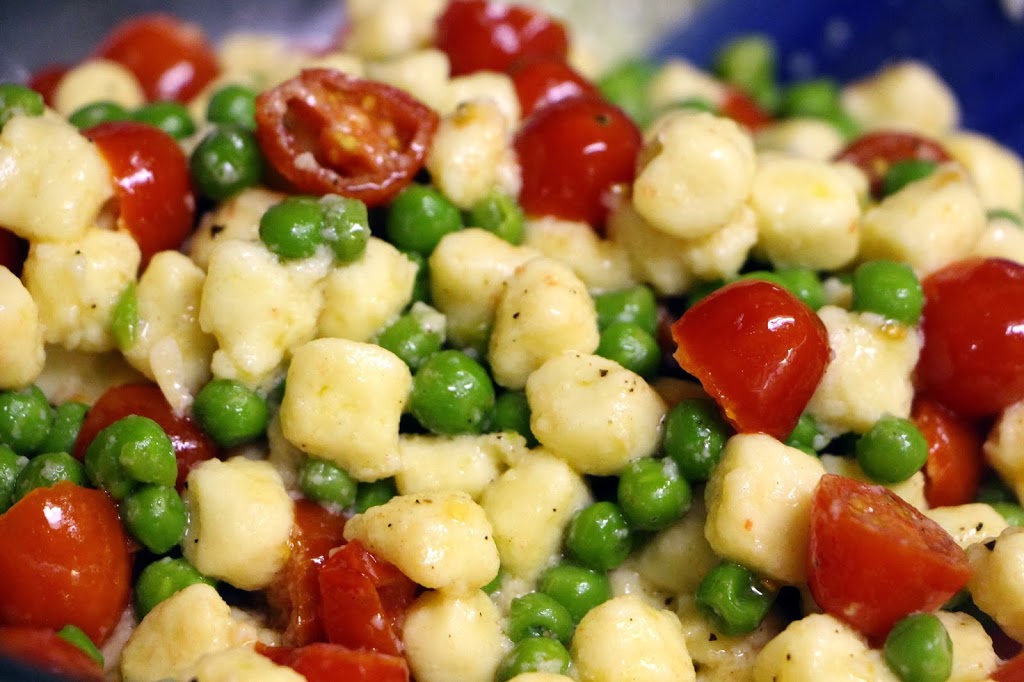 Yes, Parisian gnocchi (gnocchis à la parisienne), which are made by poaching the dough. I was inspired to try this after the evening culinary class prepared it for dinner one night. I overboiled some batches which made some pieces mushy, but on the whole it still turned out quite delicious with peas, cherry tomatoes, shaved parmesan cheese, and some simple olive oil, salt and pepper.
Some examples from Unit 2:
Profiteroles: 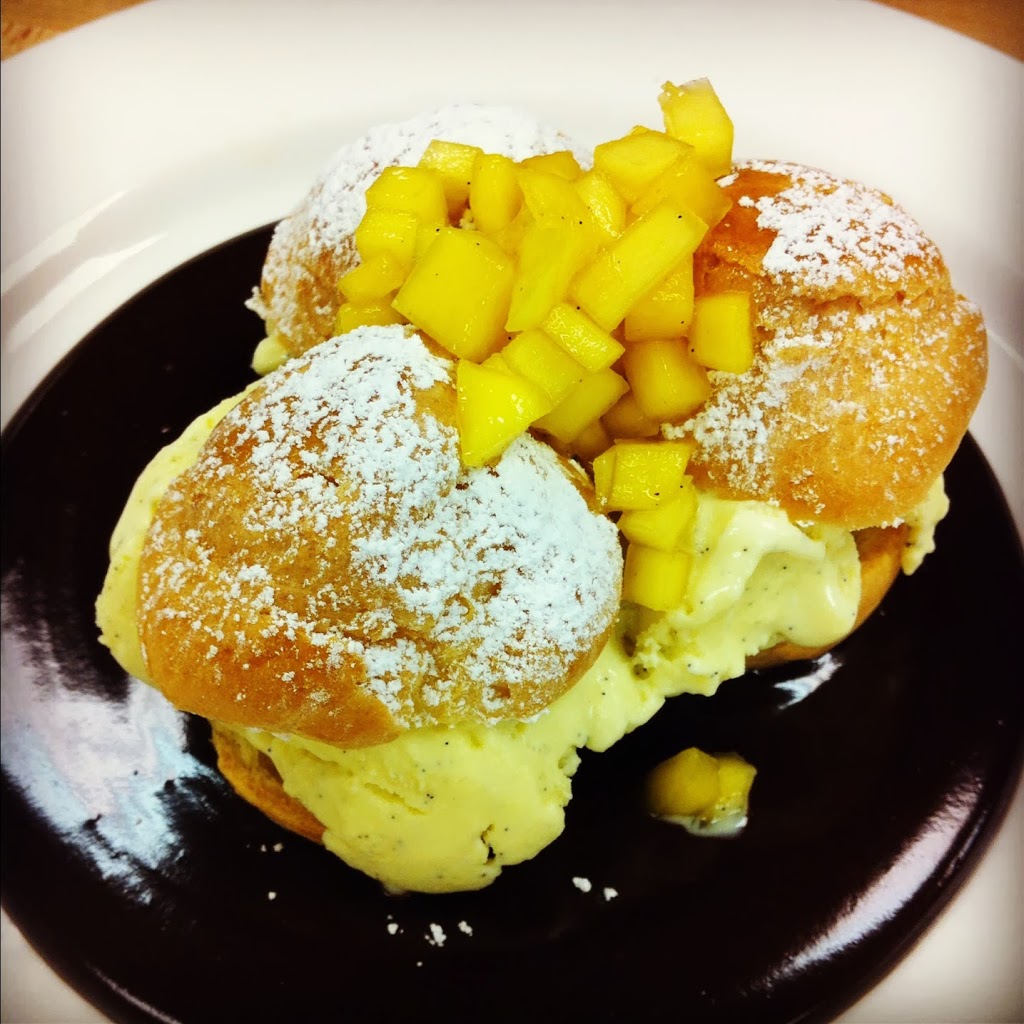 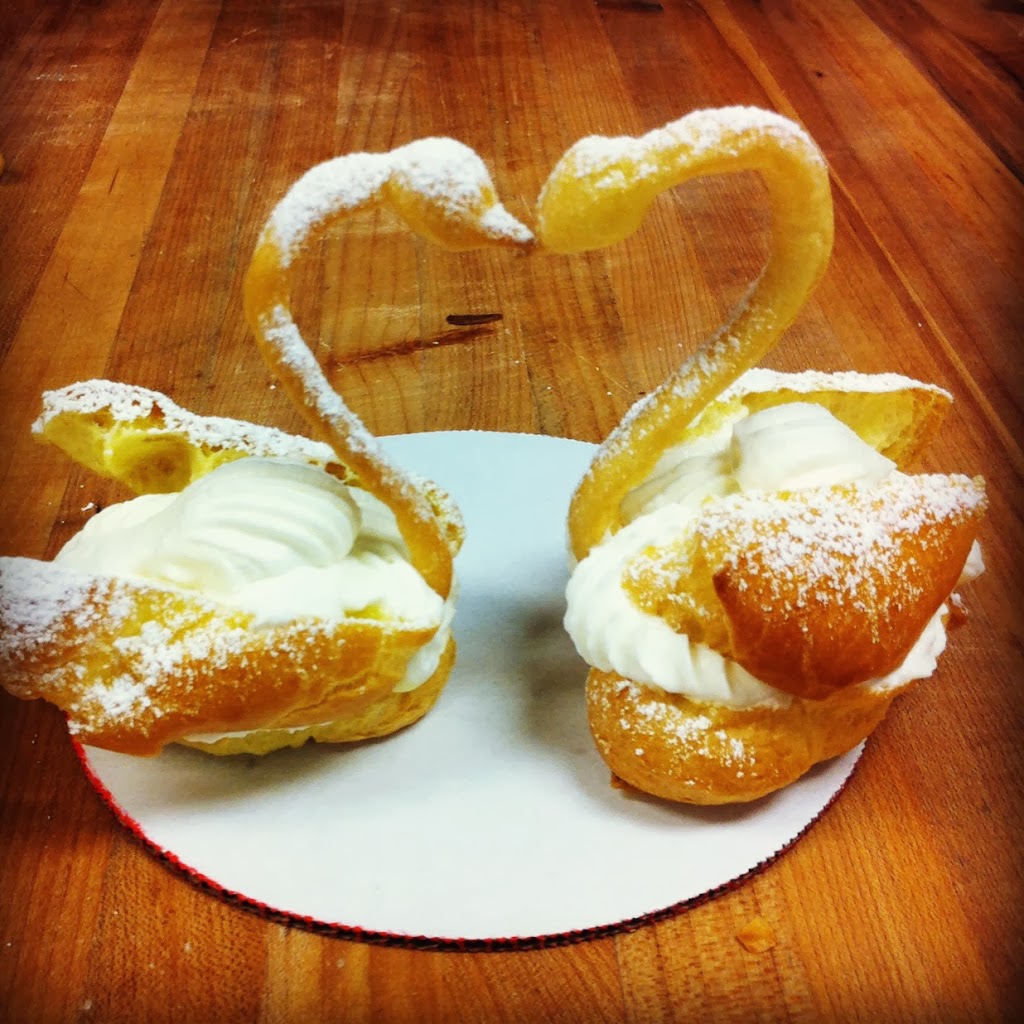 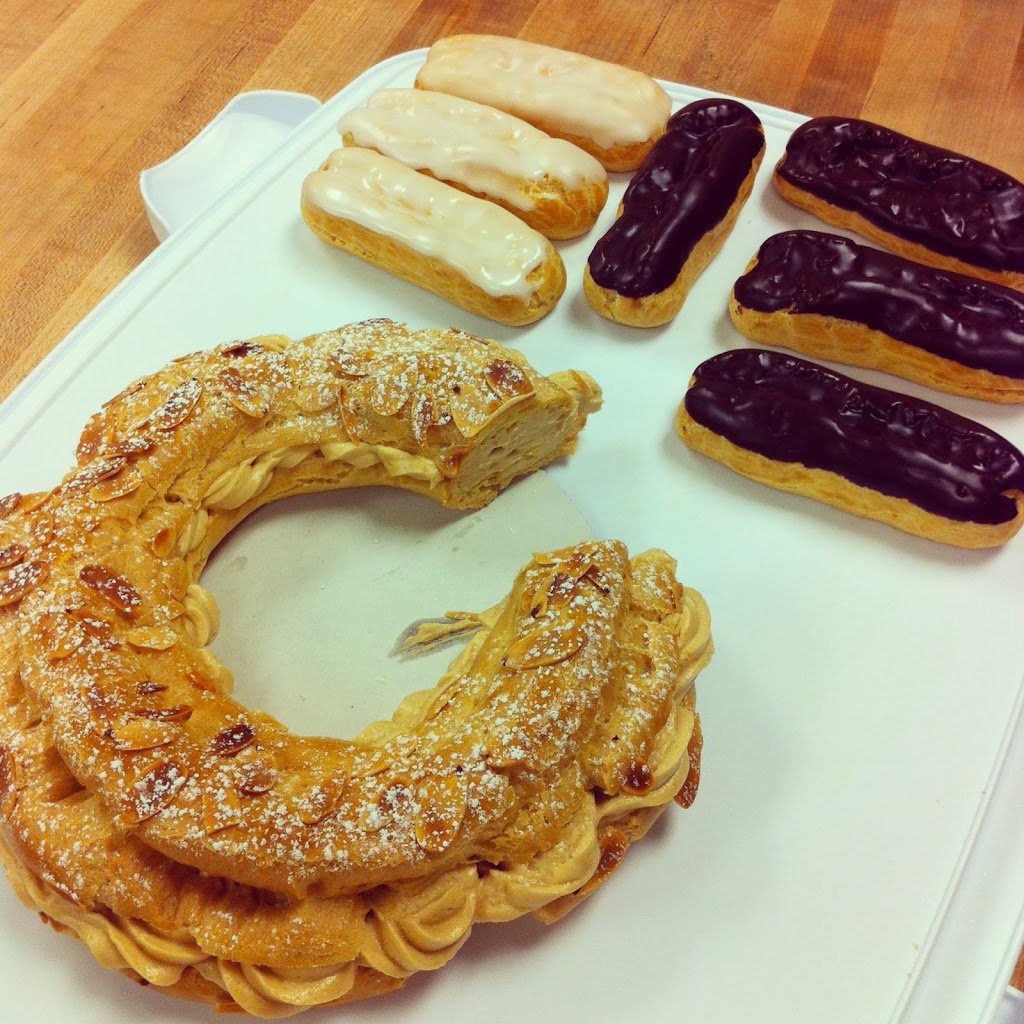 Croquembouche (which I improved upon for Steph and Andy’s wedding!): 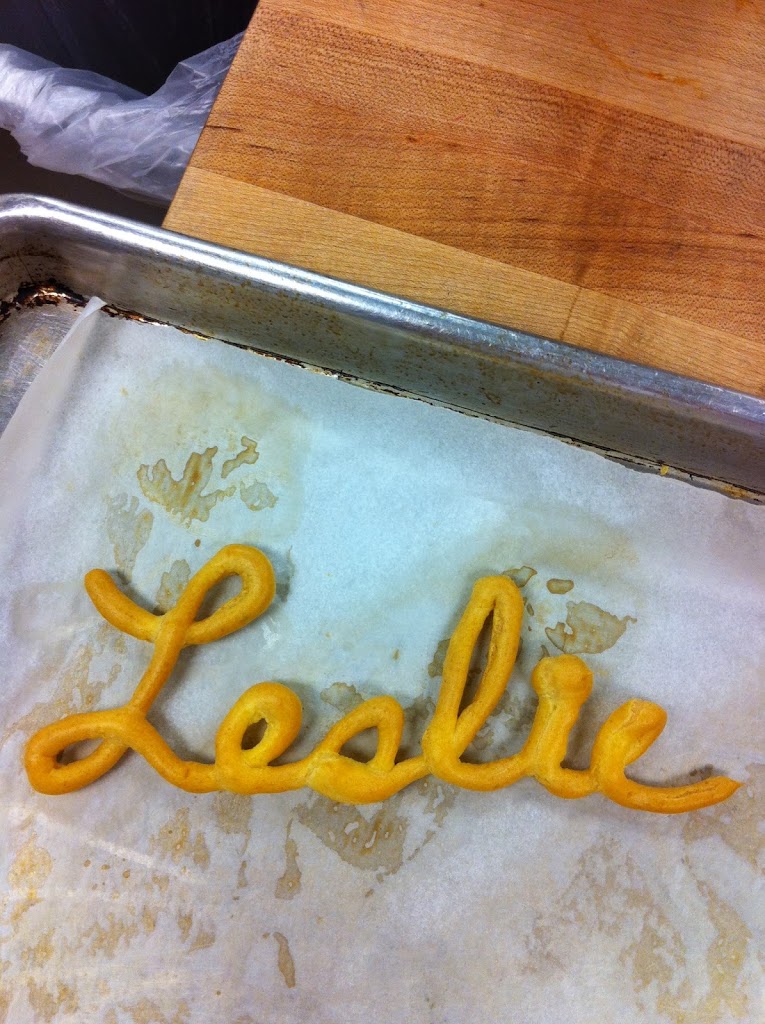 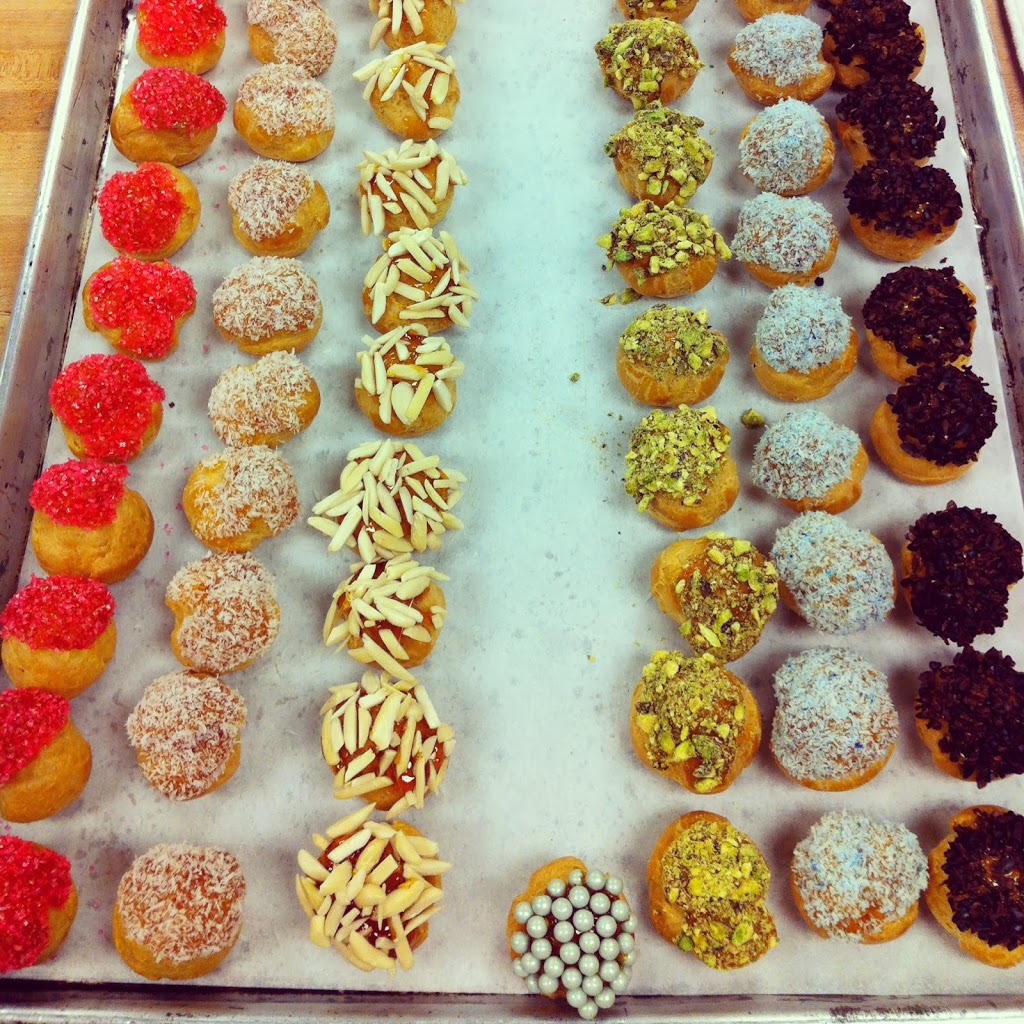 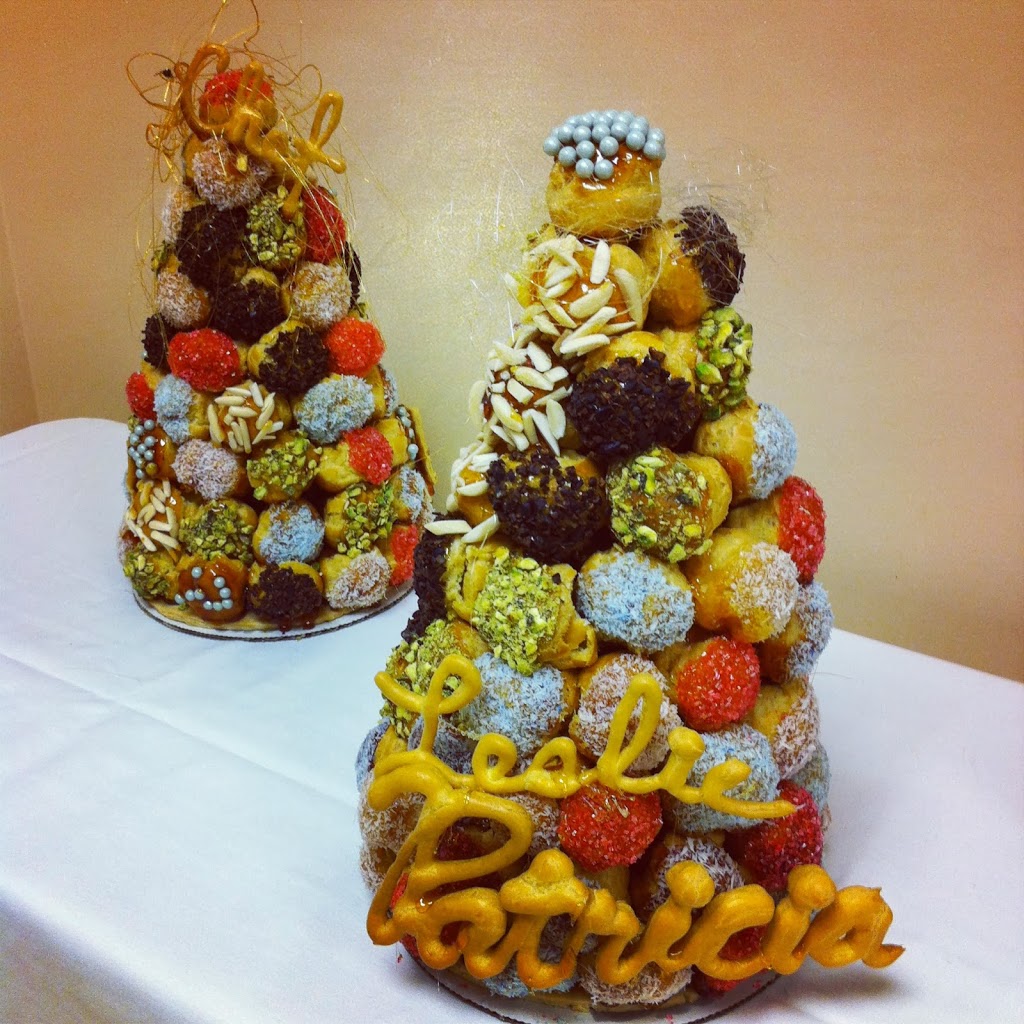